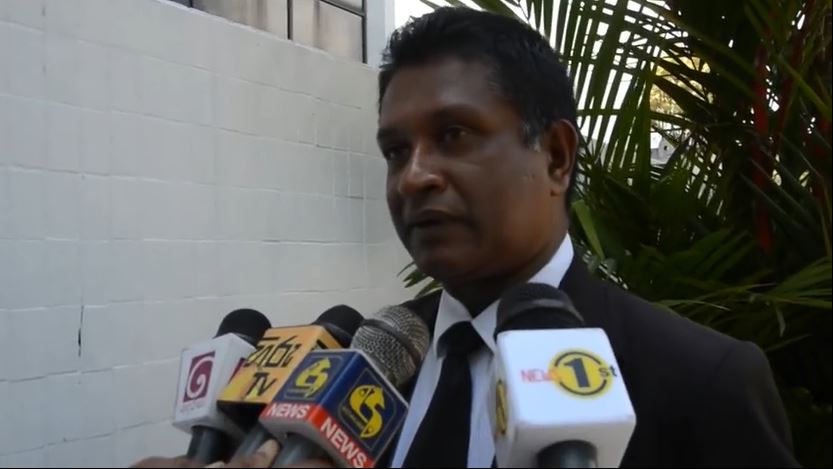 Lakshan Dias was ordered to apologise and issue a formal retraction or be barred from his work as a lawyer. (Lanka Newsweb / YouTube)

The Sri Lankan government is facing criticism from human rights groups after ordering a lawyer to apologise and offer a retraction for comments he made in a TV interview, when he highlighted growing religious intolerance in the country.

During the interview on 14 June, Lakshan Dias referenced a recent report from the National Christian Evangelical Alliance of Sri Lanka (NCEASL), which claimed there have been at least 195 incidents of discrimination, intimidation and violence against Christians in Sri Lanka since 2015.

The following day, 17 June, the Minister for Justice and Religious Affairs, Wijeyadasa Rajapakse, said Dias would be barred from his profession if he didn’t apologise and issue a formal retraction within 24 hours.

“This is utterly reprehensible, unprecedented and a serious threat to me as a professional.”

Dias said the move was “utterly reprehensible, unprecedented and a serious threat to me as a professional”.

Over 200 activists and civic groups signed a petition urging the government to uphold Dias’ right to freedom of expression. Guidelines for lawyers issued by the UN say they “have the right to take part in public discussion of matters concerning … the promotion and protection of human rights, without suffering professional restrictions by reason of their lawful action”.

“I appreciate and congratulate Dias for what he has been doing all these years,” said one critic, Catholic priest Sarath Iddamalgoda. “Only an authoritarian dictator would dare to restrict the freedom of expression. The freedom of expression has been guaranteed to us by the constitution of our country. How can a minister interfere with that?”

Christian Solidarity Worldwide’s Mervyn Thomas said it was “deeply worrying that the government has chosen to condemn and threaten Mr Dias rather than engage with the problem of religious intolerance in Sri Lanka and the NCEASL’s research”.

Human Rights Watch’s Brad Adams said: “By threatening Dias’s license, the government is threatening all marginalised groups that depend on him and other rights defenders for protection.”

Sri Lanka is 45th on the Open Doors 2017 World Watch List of the 50 countries where it is most difficult to be a Christian.