US: International Religious Freedom Report a call to action

International (MNN) — Earlier this month, U.S. Secretary of State Rex Tillerson introduced this year’s International Religious Freedom Report. And while it hardly made a splash in our politically inundated newsfeeds, the report is an important one. 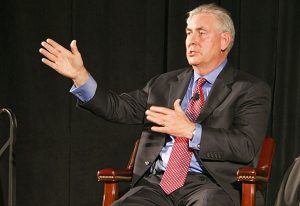 When presenting the report, Tillerson condemned the actions of ISIS in particular. He also called out Turkey, Saudi Arabia, Iran, Pakistan, and China among others. Within the most targeted groups, he said, are minority Christians who’ve converted from another religion. He noted that persecution can come in a variety of forms from governments, individuals, and terrorist groups.

The topic of religious freedom is of great importance to Open Doors USA. The group is dedicated to pleading the cause of Christians living under persecution. In fact, for a number of years now, they have briefed the State Department with their World Watch List which ranks nations where Christian persecution is the worst.

David Curry, President and CEO of Open Doors USA, says from what they have seen, the IRF report was “spot on”.

“This report really validates what we know is true, which is [that] the persecution for Christians and religious minorities is a major issue — is a major political issue.”

For the most part, the report contained no surprises. But, Curry says there was at least one note-worthy addition.

“It’s somewhat surprising that they wanted to highlight China. I think it’s absolutely correct. I think it could be a signal that the State Department is taking this seriously because it would be very easy for them to overlook China.”

In the last few decades, religious freedom seems to have grown in China. But while there is relative religious freedom compared to long ago, it’s certainly not total. Recent years have seen a number of grave signs that these freedoms are tightening up again in an effort to get the growing population of Christians under state control.

The report specifically detailed torture, physical abuse, imprisonment, and more based on religious identity. Tillerson also highlighted similar abuses in other nations. The report itself covered the current status of religious freedom in the rest of the world.

Why this report matters

The IRF report is vital in the fight against religious persecution because it educates a broader audience about the issue and helps them see it’s not just a religious issue, but a world issue. 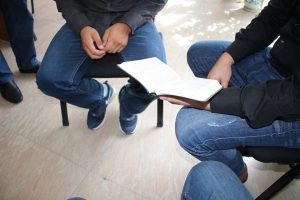 He says that religious persecution cannot be separated from human suffering and that even issues like political corruption or famine can be traced back to religious freedom violations. And a quick run-through of the report reveals one very important fact: it’s not just a nation here or there that is violating religious freedoms. It’s happening globally.

Curry says, “So you look at it and you say, ‘Wow, 80 percent of the population of the world lives in these areas’ where they have major persecution and harassment, restrictions, hostilities that limit their freedom of religion.”

Freedom for all religions

While Open Doors specifically advocates for the persecuted Church, they believe that religious freedom is only useful when it’s freedom for all religions. Why? Because genuine faith in Jesus cannot happen through coercion. If all religions but Christianity were illegal, it would not be a win. People have to choose to give their lives to Christ. But they also have to have the opportunity to hear about Him.

“From a Christian’s point of view, we want people to have the ability to read the words of Jesus and decide for themselves if He was who He said He was.”

But, he continues, “The fact that the world sees that as a threat, I think, is interesting.”

The report is not merely educational but it is also a call to action. The State Department may choose to pursue some of the issues detailed in the report, especially in areas where we have a lot of influence. And they may not. But that’s where you come in.

Curry says, first, we have to consider who we are trading with. If a nation does not value human rights, should we be trading with them at all?

And then, we need to speak up. Contact your senators and congressmen and let them know that international religious freedom matters to you. The best thing to push, Curry says, is for the confirmation of the currently appointed Ambassador-at-Large for the office of International Religious Freedom, Sam Brownback. 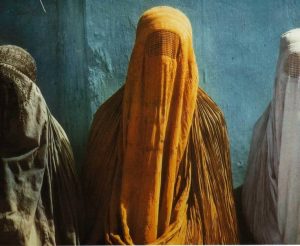 Secondly, we can be praying for the persecuted believers around the world. A good place to start is with Open Doors’ World Watch List where you can learn about the particular struggles facing each nation.

Finally, you can partner with Open Doors financially to support the persecuted Church. A big part of this is giving them access to God’s Word.

“The number one restricted book in the world is the Bible. People are afraid of it from North Korea to Iran. Every despot over history has been afraid of the Bible for a reason. We want to give people access to it.”

Help with that today by clicking here.