Muslim Fulanis appear to use outside arms, mercenaries. 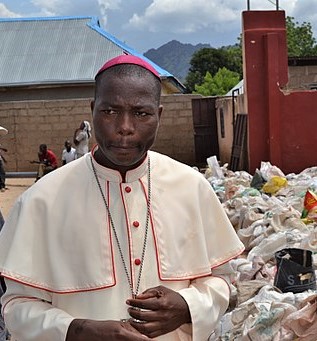 The Rev. Haruna Enoch was killed along with the others in herdsmen attacks on four predominantly Christian areas in the Numan and Demsa areas of Adamawa state, area residents said.

The killings reportedly came in retaliation for an unspecified attack on Fulani families by young men from the predominantly Christian Bachama tribe who have formed militias in response to violence by Islamic extremist group Boko Haram and heavily-armed Muslim Fulani herdsmen. Tit-for-tat violence between Fulani herdsmen and Bachama militia in recent months has resulted in scores of killings, including women and children.

The anti-Christian dimension of the tribal conflict is prominent in Adamawa state as it is in tribal conflicts in other parts of Nigeria, according to rights groups and Christian leaders.

Sam Zadock, spokesperson for the People’s Democratic Party and a member of the Lutheran Church of Christ in Nigeria (LCCN), was among those slain in an ambush by the herdsmen this week, area residents told Morning Star News. Area resident Margaret Inusa Habu said in a text message that Zadock was stricken with machete blows.

The names of the remaining Christians were not readily available, but local Christians told Morning Star News that they were members of either the LCCN or the Roman Catholic Church. They said an attack on Gwamba village began at about 6:30 p.m. on Tuesday (Feb. 27).

“My brother was with them [other victims of the attacks], but God speared him,” she wrote. “As of yesterday [Tuesday], his whereabout wasn’t known, but thank God he is now back home [in Numan]. It is well with us in Numan. God has seen our tears and heard our cry. He will surely deliver us from all evil.”

After troops deployed in the Numan area later captured six of the assailants and killed 10 other herdsmen in a firefight at Gwamba village, the army reportedly recovered from the herdsmen an AK-47 rifle, ammunition, a locally made rifle with 25 cartridges, a cutlass, looted clothes and a motorcycle.

In January the chairman of the Christian Association of Nigeria (CAN), Adamawa State Chapter, spoke out against attacks by the herdsmen. The Rt. Rev. Stephen Dami Mamza, 49-year-old Catholic bishop of the Yola Diocese, accused the Muslim-controlled state government of supporting armed Fulani herdsmen.

“It is on record that less than one week ago, no fewer than 20 innocent Christian farmers were killed in separate attacks in and around Tambo,” Mamza said at a Jan. 10 press conference in Yola, the state capital. “Luru village in particular saw its worst days when herdsmen wielding sophisticated firearms stormed the area, killing 15 people. Within the period under review, not less than 10 churches were burnt down, and in some instances, worshippers were killed.”

He cautioned the Adamawa government to warn its officials to avoid unwise statements during and after attacks, as “the secretary to the Adamawa state government has propounded a new firearms narrative which seeks to justify the use of firearms by Fulani in the country.”

“This is dangerous and reprehensible, as the law of the country does not allow any civilian the possession of illegal firearms, whether herdsmen or farmers,” Mamza said. “CAN wishes to state in unequivocal terms that violent elements are easily emboldened and fueled to terror killings by such reckless and unguarded utterances.”

The bishop said that more than 50 people have been killed in repeated attacks by herdsmen and foreign mercenaries in Koh village, Girei. Before Christmas, 150 Christians were killed in herdsmen attacks on Lawaru, Dong, Kodomti, Shafaron, Plum, Kikan, Bilachi, Bang and Nzoruwe villages, with several hundred wounded and property destroyed, he said.

“On the basis of these, we stand to believe that the ongoing carnage is an attempt to discourage Christianity and to silence Christians from free religious practice,” he said. “We make bold to reject this attempt and ask the government to stop the unfortunate development. Extremism seems to have taken persecution to a new dimension, with armed herdsmen burning down churches, especially the recent attacks two days ago in Sagal community in Maiha, where four of our churches were burnt to ashes and properties destroyed.”

Nigerian army officials in a press statement on Wednesday (Feb. 28) confirmed this week’s attacks on Christian communities in Adamawa state.

“Troops deployed in the Numan Local Government Area of Adamawa state swiftly responded to a distress call and supported troops at Gwamba village, which was under attack by herdsmen on Tuesday,” said Brig. Gen. Texas Chukwu. “Despite the swift reaction to rescue the village from destruction, the notorious herdsmen set the village ablaze before troops could get to the community.”

Police in Yola also confirmed the attacks on the Christian communities.