Facial recognition. Data mining. Video surveillance. Social management tools like these are not merely futuristic devices à la a George Orwell novel. These instruments portend governance in the era of artificial intelligence. By 2020, Beijing and leaders of the Chinese Communist Party (CCP) aim to fully deploy a video surveillance network they describe as “omnipresent, fully networked, always working and fully controllable.” The development does not bode well for human rights or religious freedom for the nation’s 1.4 billion citizens. 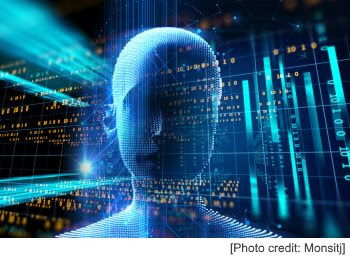 Artificial Intelligence in principle is not sinister. How it is used can be. China and the United States are currently the world leaders in AI development. The difference in how the two nations are applying the technology appears stark and significant.

In the U.S., many Americans have been exposed to aspects of AI already — think certain smartphone texting capabilities, GPS apps, or facial recognition while tagging photos on Facebook. Likewise, U.S. law enforcement agencies are using AI in the fight against crime. In other words, AI has many useful applications that contribute to the greater good of society. In the hands of authoritarian governments like China, however, the applications can be chilling.

“It is China’s ambition that sets it apart,” writes Simon Denyer, Beijing bureau chief for the Washington Post. “Western law enforcement agencies tend to use facial recognition to identify criminal suspects, not to track social activists and dissidents, or to monitor entire ethnic groups. China seeks to achieve several interlocking goals: to dominate the global artificial-intelligence industry, to apply big data to tighten its grip on every aspect of society, and to maintain surveillance of its population more effectively than ever before.”

The pernicious effects of such surveillance are already apparent in the Xinjiang Province of China, home to the largest Uyghur community, a Turkic people who follow Islam. Human Rights Watch recently detailed gross and pervasive human rights violations and the rise of predictive policing in Xinjiang as a result of AI advances.

Once collected, the government uses the information to flag and detain individuals or whole families, who are then sent to political re-education centers. There, they can be held indefinitely and without charge or trial. Human Rights Watch reports that tens of thousands of Uyghurs and other ethnic minorities have been sent to these centers since 2016.

Artificial Intelligence in principle is not sinister. How it is used can be.

For all the positive breakthroughs Artificial Intelligence provides, in the hands of authoritarian governments like China, its negative aspects can be devastating, particularly for religious and other minority groups. The U.S. may have strict privacy and data protection laws for its own citizens, but clearly this is not the reality for other parts of the world.

Current negotiations with China over trade provide a unique opportunity for addressing AI concerns, particularly as they pertain to human rights and national security. A robust, global conversation about AI — led by the U.S. tech community and government leaders — is needed lest this 21st Century technology drags us all back to Orwell’s 1984.

1. Read more about the challenges to religious freedom in China here

3. Read more about the implications of AI for China here