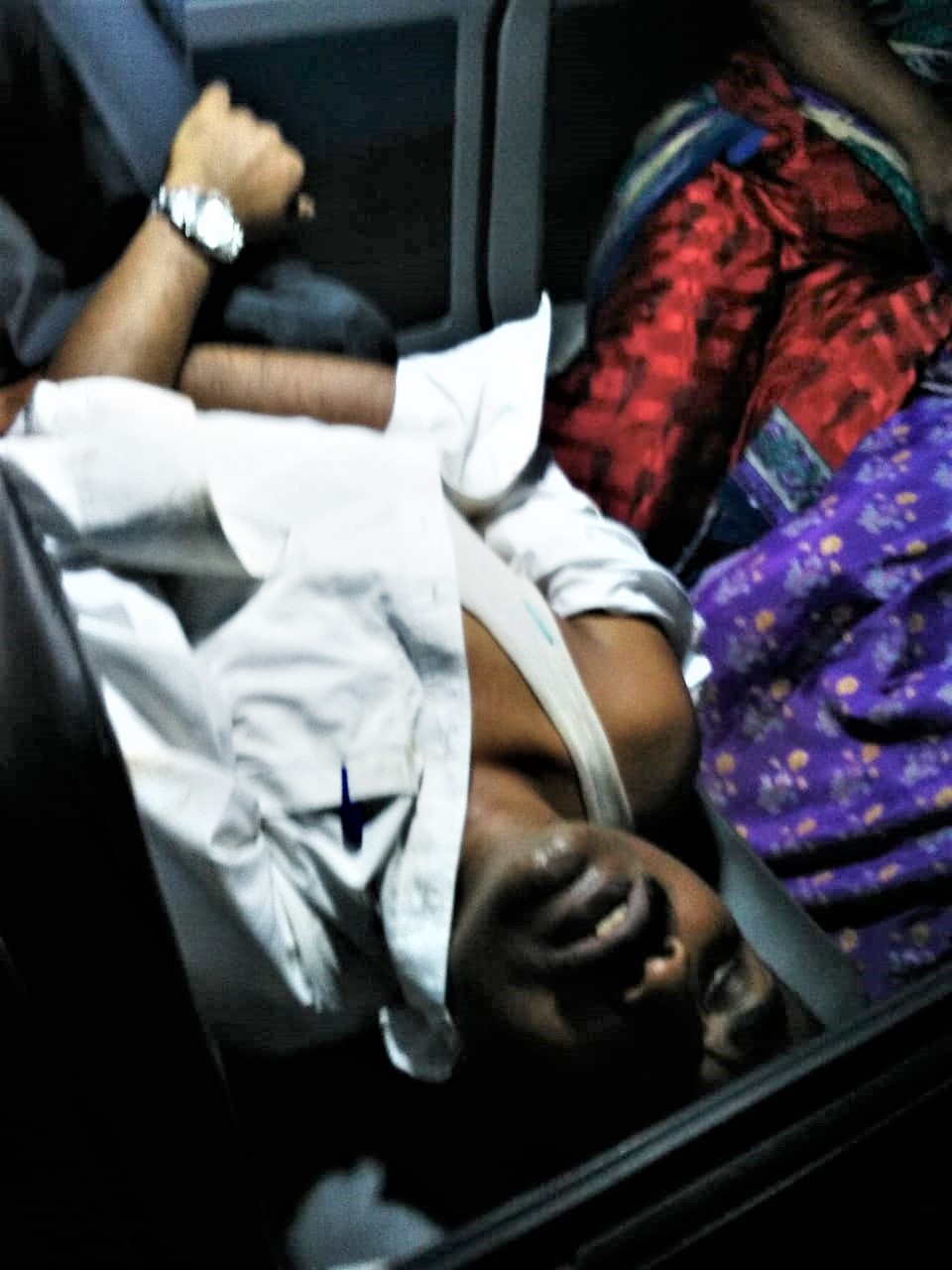 HYDERABAD, India, July 20, 2018 (Morning Star News) – Pratibha Stephen was immersed in worship at the house church her husband pastors in Tamil Nadu state, India when a man suddenly burst through the back door, shouting angrily.

The intruder interrupted an elderly man’s singing and cymbal-playing by twisting his hands behind his back at the Jesus Power Ministries house church in Sathyamangalam, Erode District that Sunday morning, July 8, causing him to howl in pain. Stephen went over to stop the harassment.

The intruder pushed her away, shouting, “Don’t you understand what my boss Guruswamy told you people? Don’t you have shame? How many times must you be told that there should not be any Christian prayer meetings in the area?”

“I reprimanded him that he must not touch me and should leave immediately,” she said. “He continued spewing abusive words, and within minutes, he touched me again, and he forcefully pulled my sari off of me. I resisted him with all my strength and shouted for help.”

Her husband, pastor Paul Stephen, was away leading a worship service in Bhavani Sagar, about six miles away. The elderly church member and a few others tried to push Kumar off, but he held tightly to her sari, stripped it off and kicked her to the floor, Stephen said.

“I was on the floor, crying,” she said. “That man, he tried to pull his pants down and repeatedly kicked me in my stomach. He then got on me and pressed my breasts. He said, ‘Today I will teach a lesson to you and your husband. You people conduct Christian worship? How shameless! You both must be paraded naked for this.’”

Before the service, the 38-year-old Stephen had heard knocking on the door of her home where the church meets, she said. As the knocking became increasingly louder, the frightened Stephen had listened as the person outside began shouting and cursing, and finally she asked what was the problem. She never opened the door.

During the service, before Kumar could rape her, four of his friends came running in, pushed him off of her and took him away, Stephen said.

“I was crying in pain, the blows in my abdomen were so severe,” she said.

She called her nearby in-laws, who were shocked to hear what had happened. At about 2 p.m. her husband returned, and he said they should report the assault to police immediately.

“We both rushed via the front door, not knowing the five men were still there outside watching us,” she said. “The five men started beating my husband and me. I had totally grown weak and collapsed. My brother, Gyana Prashant, laid himself over my husband to protect him from their blows. They slapped my elderly father-in-law also.”

Her brother was seriously injured, she said, and she called an ambulance, but the five Hindu hard-liners stopped the vehicle, saying “We are the ones who are beaten up.” They got into it, and it left.

Pastor Stephen called for a second ambulance, and it took them to the government hospital in Satyamangalam.

Leaders at the Synod of Pentecostal Churches, Tamil Nadu, rushed to the hospital in Coimbatore where they were later taken. The Rev. Raja Mani of the synod said hospital staff declined to give the couple proper medical treatment.

“Pastor Paul Stephen and sister Pratibha were severely injured, and the staff at government hospital said they can only provide first-aid assistance, and referred them to Coimbatore District Hospital for treatment,” Mani told Morning Star News. “The hospital in Coimbatore did not admit the couple for the first two days and was treating them as only out-patients. When the pastors in the area demanded the doctors and staff provide proper treatment, they were admitted and stayed there for three more days.”

Police Charge Victims
Police in Satyamanagalam took the elderly church member in for questioning and filed a First Information Report (FIR) against the assailants, who were identified as members of Hindu extremist group Hindu Munnani.

Kumar, however, filed a counter-complaint against the pastor and his wife.

Initially, Erode District Superintendent of Police Sakthi Ganesan assured Christian leaders that he would register a case against the assailants and would carry out a fair investigation, they said. A day later, synod leaders learned that a counter-case has been filed against Pastor Stephen and his wife.

Satyamangalam police registered cases against them under Section 324 of the Indian Penal Code (IPC), “voluntarily causing hurt by dangerous weapons,” a non-bailable offense, and failed to book Kumar under Tamil Nadu’s Prohibition of Harassment of Women Act, a synod source said.

“When I asked Mr. Sakthi Ganesan how can the police not book the case under the laws specially enacted for women’s safety in this state, he said he would investigate the matter and then decide what sections must be imposed, completely opposite to the procedure laid out in criminal procedure code,” Nehemiah Christie, director of legislation and regulations of the synod told Morning Star News.

Asked why the victim has been booked for allegedly “causing hurt by dangerous weapons,” an officer identified only as police inspector John told Morning Star News, “The offense is on both sides. The other party also has complained.”

Pastor Stephen and his wife denied causing any injury to the Hindu Munnani members. They seek anticipatory bail for the charges filed against them.

They had been attacked previously. On Feb. 1, 2015, at around 11:30 a.m., Pastor Stephen and his wife were praying together in the house church with doors shut when about 30 Hindu Munnani members barged in, they said. They attacked the couple and humiliated them with derogatory remarks about caste in highly abusive language.

Pastor Stephen and synod leaders approached police and the district collector, but they turned down his petition, claiming that “the church services are conducted without permission.”

Because local authorities failed to respond, the synod sent a complaint to the National Human Rights Commission, Christie said.

“A pastor and wife can’t pray together privately? In their own house?” Christie said. “The law clearly says that private places of worship, i.e. the house churches, do not require permission from the authorities to assemble and pray. But sadly, the police in Tamil Nadu understand it otherwise.”

The state government must direct police to protect minorities, he said, asserting that officials are working closely with the Hindu extremist Rashtriya Swayam Sevak’s local partner, the Hindu Munnani.

“Had the police taken stern action against Hindu extremists based on the complaint that day in 2015, we would not have seen the extremists attempting to sexually assault a sister today,” he said. “And the attack, this July 2018, is already boosting their counterparts [extremists] in nearby districts that police will stand in their defense, and that they can stoop to any level to harass the Christian minority. I will not be surprised when this repeats elsewhere in Tamil Nadu.”

Elsewhere in the state, churches in Madurai District came under attack in March. A pastor’s wife was repeatedly kicked in the face and was disrobed by Hindu extremists who tried to snatch her Bible away.

A recent poll conducted by Thomas Reuters Foundation ranked India as the worst of the top 10 most dangerous countries for women.

The hostile tone of the National Democratic Alliance government, led by the Hindu nationalist BJP, against non-Hindus, has emboldened Hindu extremists in several parts of the country to attack Christians since Prime Minister Narendra Modi took power in May 2014, religious rights advocates say.