Violent persecution against Christians in Pakistan

PAKISTAN (ANS – August 28, 2018) – Christians in Pakistan are preparing for more violent persecution against them in the wake of former cricket star Imran Khan, who represents the PTI party, Pakistan Tehreek-e-Insaf, being elected Prime Minister. 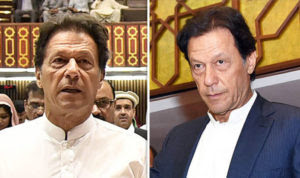 PTI  is a centrist political party in Pakistan founded in 1996 by former national cricket captain and current Prime Minister Imran Khan, who was sworn into office as Pakistan’s prime minister on Aug, 18. He has vowed to support strict blasphemy laws that could mean heightened violent persecution against the country’s Christians.

Khan has been urged to stop the persecution of Christians in Pakistan, with critics accusing him of being part of the “same old extremism,” according to Tom Parfitt, writing for the British daily newspaper “Express.”

Open Doors, a Christian ‘persecution watchdog’ which monitors violence against Christians around the world, fears Khan will not do enough to help protect Pakistan’s small Christian minority.

Christians make up less than two percent of the country’s population of 197 million and, although Pakistan’s constitution guarantees freedom of religion, Christians often report facing discrimination.

A spokesman for Open Doors said: “Imran Khan is the chairman of the newly emerged Pakistan Tehreek-e-Insaaf (PTI).  It’s a centrist party which, according to the party, aims to create a welfare state, where the state is responsible for education, health and employability of citizens.

“This sounds like good news for Christians, who often struggle to access education, health care and dignified work because of the discrimination and attack they face from Islamic extremists.

“However, Khan has not positioned himself as a champion for minority groups and religious freedom. In fact, he seems keen to ensure that Pakistan remains a strongly Islamic republic.”

“Hours after Khan’s victory was confirmed, he spoke to the nation saying his preferred form of government is ‘the Islamic State as established by the Prophet Mohammad in Medina’.”

Khan’s support for Pakistan’s strict blasphemy laws has also sparked concerns among the country’s Christians who fear further violence against them.

Pakistan’s constitution mandates the death penalty for any “imputation, insinuation or innuendo” against the prophet Muhammad. 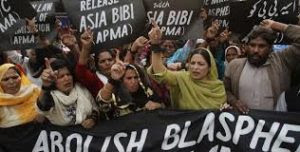 Asia Bibi, a Christian mother of five children, was sentenced to death in 2010 after being found guilty of blasphemy. She remains in prison despite growing pressure on Pakistani officials to free her.

Khan has reportedly said: “I know this law is an inconvenience for some people like that poor woman Asia Bibi. But it is a law that is complete and I support it.”

Following his election, a Pakistani Christian told Open Doors: “We prayed this government would not come in, but God had another plan. We see a new leader at the helm, who is rooted in the same old extremism that has tortured Christians for decades and the future looks ominous.

“We do prepare for violence and challenges in the months ahead.  We need structural changes to the constitution to be heard better, and to be safeguarded, and for the playing field to be level, and that is not a priority for this government.”