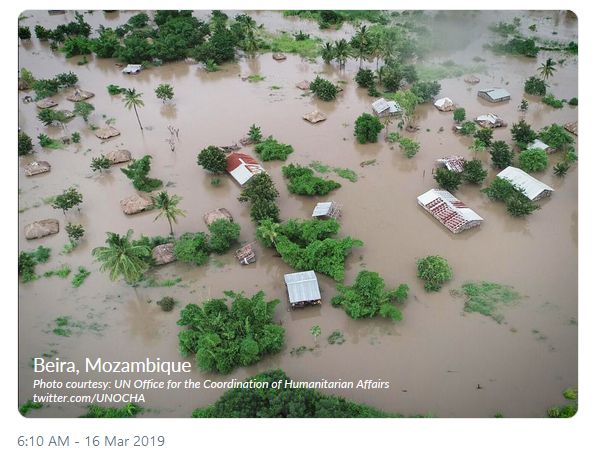 Mozambique (MNN) – Weather forecasters warned this was a monster storm, and it turns out, they were right. Cyclone Idai struck southeast Africa last week with winds up to 100 miles an hour and a storm surge topping 20 feet.

Heavy rains accompanied the storm and two more feet are in the forecast for this week. Rivers overflowed, adding to the deluge of water pouring into homes and businesses. In Mozambique, the country that took the brunt of the storm’s fury, survivors are still clinging to rooftops and trees, awaiting rescue.

Mozambique’s President  Filipe Nyusi declared a state of emergency said the destruction left by the cyclone may have killed more than 1,000 people and left 400,000 homeless. By early estimates, it’s the worst storm in more than 20 years, and it did the most damage over the port city of Beira (BAY-ra), with an estimated population of  500,000, before moving on to Malawi and Zimbabwe. 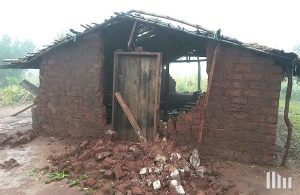 In its wake, the United Nations estimated the storm destroyed roughly 90-percent of Beira. There’s no power, and communications are offline. However, Audio Scripture Ministries has a team just across the way, serving people in the area.  ASM’s Joshua Harrison says the initial reports they got were a mixed bag.

The good news: the staff survived the storm and homes stayed mostly intact. However, he explains that heavy rains washed out the one main road from Beira to Zimbabwe, which also connects all of central Mozambique. “Many of those main roads are completely blocked right now, so even getting relief to the places where it’s needed will be a huge challenge in the days to come, so much prayer, much help will be needed.”

Getting the logistics worked out for aid and rescue challenges even the Red Cross. But the timing is critical over the next few days and everyone is searching for ways into Beira. Harrison says, ”We have 14 compassionate care patients on the other side of a bridge that had the foundation knocked out from under it, due to the winds, rains and the rushing water. We’re not able to reach all of our compassionate care patients. We’re praying for them, and we’re trying to find an alternate road that we can go on with motorcycles.”

While  ASM is not a humanitarian aid group, Harrison says, “Our team was able to plan ahead with food, water, and fuel, but not many people in the area where we serve were able to do that.” For right now, “We are definitely praying about how we can best be the hands and feet of Jesus in this situation, both bringing physical and immediate help, and also the spiritual comfort and help that we can bring with God’s Word in audio.” 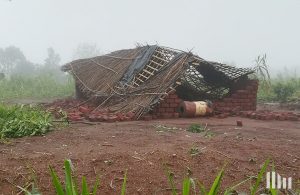 Although there were warnings posted about the size and ferocity of the storm, in many ways, the magnitude and significance of it were much greater than anticipated. Harrison thanks you for praying with ASM last week. It made a difference. “We’re hearing over and over again that people didn’t even hear about this before it happened, in many cases.  I’m grateful that we were able to get people praying for the people on the ground.”

In the aftermath, he says the Mozambicans are sharing what they have with each other, helping each other, but these limited resources only go so far for things like food and water.

What’s more, he adds, “Soon people will also start thinking about what they’re going to eat at the end of the year. In many ways, that’s why we started an agricultural project alongside our audio Scripture work because food security is a major issue for Mozambique.” With the crops washed away or whole fields under water, the loss of this year’s harvest will exacerbate the long-term impact of the storm.

The secondary emergency on the heels of the flooding is water-borne disease. There’s a risk of an outbreak of cholera and malaria, due to standing water. It’s an overwhelming scenario, but Harrison says there are things we can do to help. First, “Take the attitude of prayer for all these facing tremendous loss and the difficult days ahead, and second, consider a gift to organizations on the ground to help with disaster relief.”

Headline photo courtesy The Office for the Coordination of Humanitarian Affairs/twitter.com/unocha