By Our Cairo Correspondent 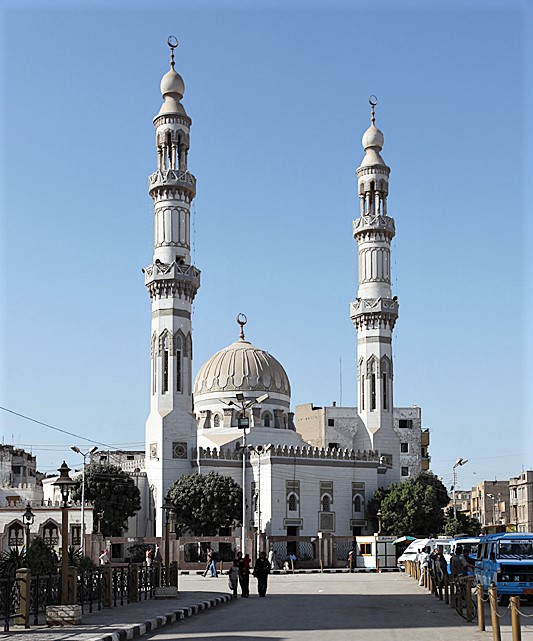 CAIRO, Egypt, (Morning Star News) – A Coptic church in Upper Egypt is closed after a throng of angry Muslims attacked it this month, beating a priest and another Copt as more than 200 fearful children who had gathered for Bible lessons looked on, according to advocacy groups.

One of the injured Copts, Asaad Bakheet Rezek, told Coptic TV (CTV) that a Muslim about 17 years old beat one of the priests with a club as security forces led him from the Anba Karas Church building in Naga al-Ghafir, Sohag Governorate in southern Egypt.

The priest, identified as Father Basilious, sustained a minor head injury as security forces escorted him and another priest into an armored vehicle after the chanting mob tried to enter the building, Rezek said, adding that the children were terrified by the club- and knife-wielding crowds as they shouted, cursed and pelted the building with rocks.

The village mayor had gone to the church premises the previous day, angry at construction underway for a fourth floor to a building annex, according to advocacy groups Coptic Solidarity and the Egyptian Initiative for Personal Rights (EIPR).

The mayor accused the Christians of “treason” for the add-on. He started shouting to neighbors to take action against the church and left, later submitting a notice at the city council complaining about the construction, according to the groups. The city council immediately arrived, stopped the work and confiscated building materials, including the cement and the reinforced steel.

The next day at 4 p.m., dozens of angry demonstrators tried to enter the church premises but were unable to get through a steel door. Carrying clubs and knives, they started shouting, cursing and pelting the building with rocks, according to Coptic Solidarity.

Additional forces arrived, and Father Basilious was struck as he and another priest were escorted off the premises. Parents and church leaders were not able to move the 200 children away from the angry, chanting villagers until security forces dispersed the crowds. Though police witnessed the beating of the priest, no arrests were made.

Both Father Basilious and Father Bakhoum were taken for questioning into the evening hours.

Police issued an indefinite closure order, pending investigations, and froze all activities of the 10-year-old church, including the its daycare and the Sunday School.

The church, which held worship services every Wednesday, Friday and Sunday, was the only one serving a Christian population of about 1,300 in Naga al-Ghafir village, the rights groups said. There had been no prior trouble with Muslim neighbors.

“The Egyptian Initiative for Personal Rights condemns the closure of the Anba Karas Church in Naga al-Ghafir,” an EIPR statement read. “The church was shuttered after dozens of Muslim residents of the village surrounded the church and chanted hostile slogans against Copts; a Christian cleric and another citizen were injured after being assaulted with sticks.”

The EIPR stated that the right of worship, individually or collectively, whether in a church building, home, or other building, is a fundamental right upheld by the Egyptian constitution and international human rights conventions ratified by Egypt.

“This right is not contingent on the will of the majority,” the EIPR noted.

The church was issued a permit four years ago as an association for religious activities, prayers and social services. Two years ago the church bought an adjacent 75-square meter plot and annexed a structure to the older building after submitting all payments and paperwork to authorities.

The second and third floors were built two months ago, and there were no problems until the construction of the fourth floor began.

“The EIPR condemns the practice of security agencies closing down churches in which worship services are regularly held, on the grounds that they are not officially licensed,” the EIPR statement reads. “This violates Article 8 of Law 80/2016 on the construction of churches, which provides for the continued functioning of churches and religious buildings even in the absence of the necessary permits or failure to meet the conditions for legal status. It also contradicts a letter sent by the head of the construction and public relations sector in the Ministry of Housing on Jan. 6, 2018 to Father Mikhail Anton, the representative of the Orthodox Coptic confession on the church regularization committee.”

The housing ministry official stated that 14 governorates had been instructed not to suspend any worship services in churches that had filed their applications for status with the governorate regularization committees, according to the EIPR statement.

The EIPR has documented 32 incidents of sectarian tension and violence since the church construction law went into effect, all of them associated with worship. Interventions by various state institutions in this period led to the closure of 22 churches and the prohibition of collective worship within them, it stated.

Egypt ranked 16th on Christian support organization Open Doors’ 2019 World Watch List of countries where it is most difficult to be a Christian.