After Attack, Pastor in Nepal Filled with Fear -- and Faith

By Our South Asia Correspondent 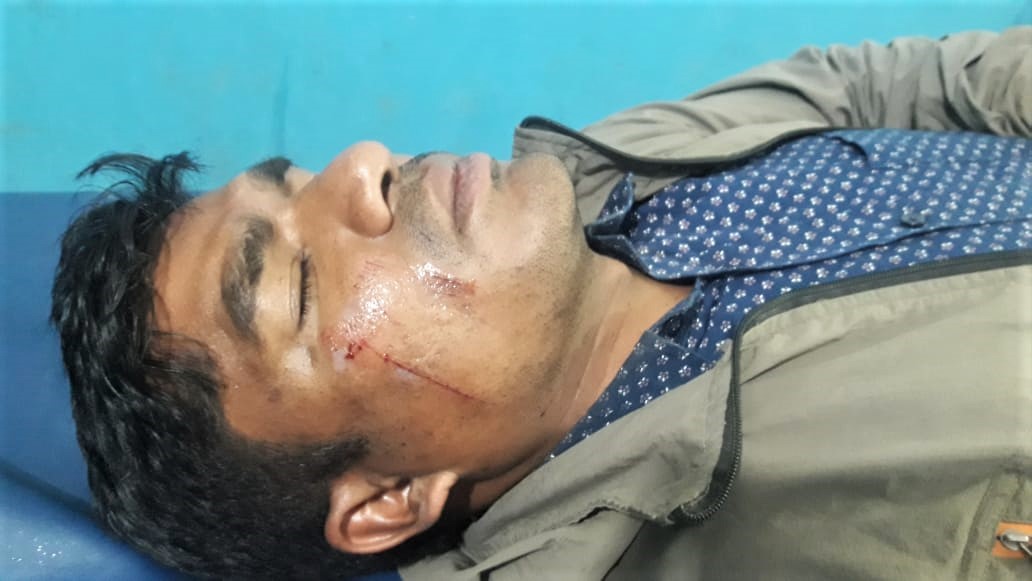 NEW DELHI, (Morning Star News) – More than a month after men claiming to be Maoists in Nepal assaulted Dhurba Kumar Pariyar, the 40-year-old pastor is still physically and mentally traumatized.

“I still have headache and chest pain, though I am under strong medication,” Pastor Pariyar told Morning Star News.

He later quoted Matthew 5:10, Christ saying those who are persecuted for righteousness’ sake are blessed.

“I find courage in reading of the persecution that my fellow Christians are undergoing,” he said. “My suffering is little in comparison.”

One of the leaders at Devotees Nepali Assembly in the Nepali capital of Kathmandu, the pastor was riding a motorcycle on his way back from distributing free toys and stationery to Dalit children on March 24 in Sarlahi District when two motorcyclists with riders on extra seats stopped him 36 miles from Mahottari at about 7 p.m., he said.

Accompanying Pastor Pariyar on another motorcycle was the chief guest of a program organized by a Non-Governmental Organization for poor Dalits in Ramgopalpur, Mahottari District.

One of the riders asked Pastor Pariyar his name, and as soon as he confirmed his identity, the rider hit his motorcycle with a thick wooden stick while the other pulled him off, he said.

“One of them caught hold of me from my chest and pulled me down from my motorbike and dragged me towards the jungle,” Pastor Pariyar told Morning Star News.

While two men dragged him away, two others caught hold of the program guest, who is not a Christian, and aimed a knife at him, threatening to kill him if he interfered. They forced him to switch off his mobile phone, Pastor Pariyar said.

Twice Pastor Pariyar tried to escape, but each time they kicked him to the ground, he said.

“They said I am preaching foreign religion, converting people and ‘feeding’ on dollars in return,” Pastor Pariyar said. “They asked me to hand over all the [supposed, U.S.] dollars I am carrying to them, and they will spare my life. I asked them who were they to question my work and demand money from me, to which they said they were ‘underground Maoists.’”

While they were kicking him and beating him with wooden sticks and their fists and threatening to kill him if he did not hand over U.S. dollars to them, he said, a bright light from a passing vehicle fell on them, and they fled.

“They fled while warning me, ‘If you continue to preach the Jesus religion, we will not spare you – we will come and kill you, wherever you may go,’” he told Morning Star News.

The pastor, who is also president of BG Hands Ministries in Kathmandu, sustained injuries on his face, arms, elbows, knees and ankles, he said.

Pastor Pariyar and his guest immediately went to the area police station to report the attack, and then to Gadhimai Hospital, Lalbandi in Sarlahi District for treatment. The next morning the pastor registered a First Information Report in the Kesharganj Police Station after submitting a written complaint.

The Nepal Christian Society also reported the attack to the National Human Rights Commission, according to the Religious Liberty Forum Nepal (RLFN).

Police are investigating but have yet to find the assailants, Pastor Pariyar said.

“When I walk on the road or ride my motorbike, I am suddenly shaken with fear when a motorbike overtakes me,” he said, adding that twice he had previously received threats. “I am still in trauma from the incident. There is no outcome of the FIR that I registered.”

With his wife and 5-year-old son, he has served as a pastor of Devotees Nepali Assembly since 2011.

Uptick
Pastor Sagar Baizu, senior pastor and mentor of Pastor Pariyar, told Morning Star News he was shocked by a recent increase in the number of anti-Christian attacks in Nepal.

“The manner in which he was stopped in the jungle area and assaulted is astonishing,” Pastor Baizu said.

He said it is evident that pastors and other Christian workers are being identified and targeted.

“This incident along with other recent instances of increased targeting of Christian leaders reveals that Christians in Nepal are being spotted from among the general masses, watched regularly, their activities tracked, and then they are assaulted and extorted for money,” Pastor Baizu said.

He said he was further shocked that there is no security from the government and from political parties for Christians who are helping the poor and the needy.

“They are doing no harm to the society at large in any way yet are assaulted, harassed and put in jail,” Pastor Baizu said. “It is high time that the government should realize and step-up to provide security to the church and the Christian community. It is a matter of great concern that religious terrorism is increasing rapidly in Nepal. The way Hindu radicals are carrying out hate campaigns against the Christian community is a matter of great concern.”

Pastor Baizu, who was also attacked last year and has since received several phone threats, said Christians are deprived of basic human rights in Nepal, including the right to burial spaces.

“There is not even a burial ground for the Christians who die in Nepal,” he added.

Nepal was ranked 32nd on Christian support organization Open Doors’ 2019 World Watch List of the countries where it is most difficult to be a Christian.