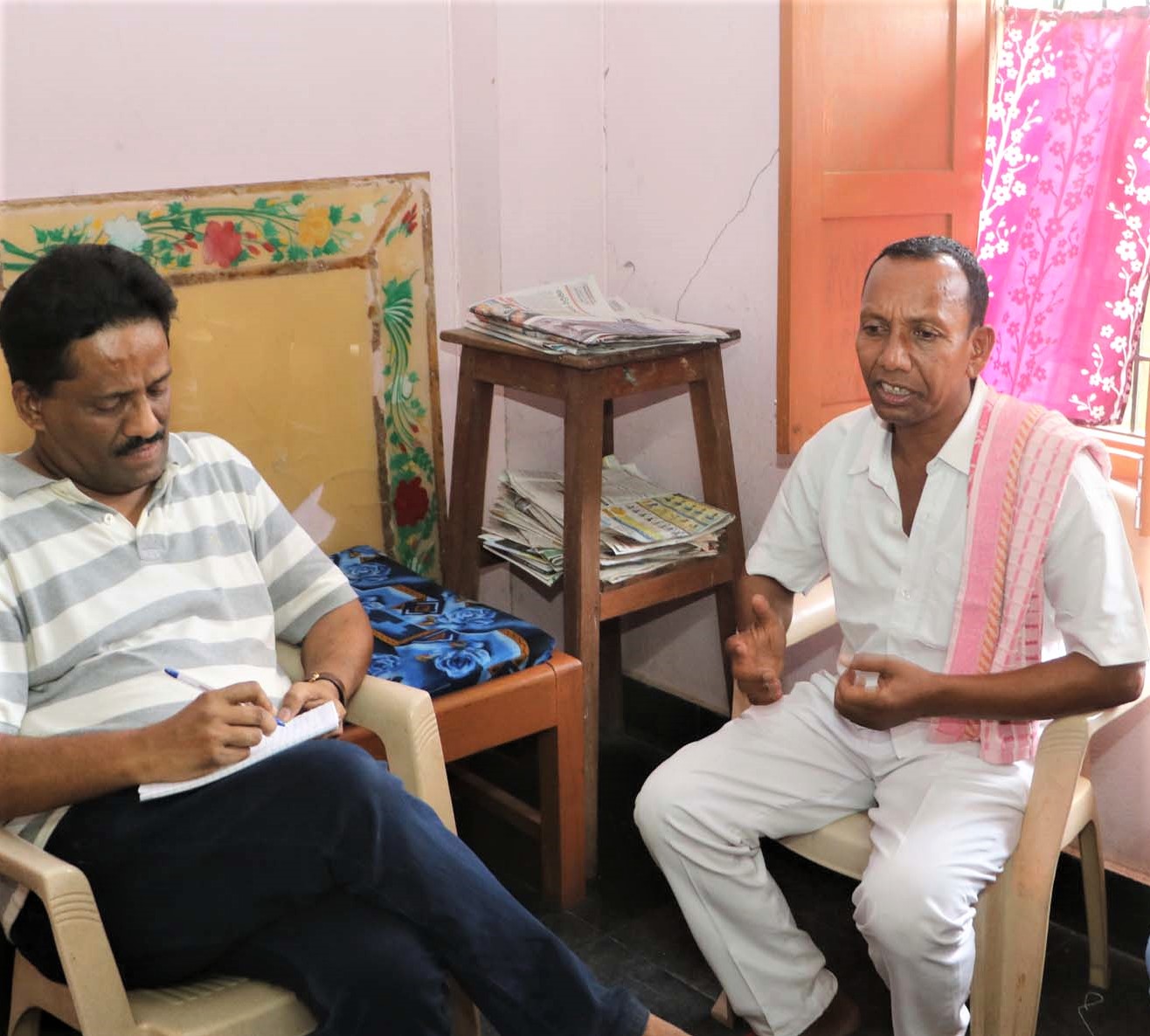 NEW DELHI, (Morning Star News) – When police took Gornath Chalanseth from his home in eastern India early on the morning of Dec. 13, 2008, he assumed they only wanted to question him over minor political activity in his capacity as a member of the local village council.

Except for two brief releases on bail, he would spend the next nearly 10 and a half years in jail for the murder of a Hindu leader that Hindu nationalists falsely accused him and six other Christians of committing.

At the police station that December day in 2008, the officers put Chalanseth in a police van and drove off. When he did not return after a few days, his family asked after him. They were told that the had been taken to the jungle along with Christian suspects Bijay Kumar Sanseth, Bhaskar Sunamajhi, and Budhadeb Nayak.

Later they heard that he and six other Christians had been charged with the murder of Laxmanananda Saraswati. The Hindu leader’s Aug. 23, 2008 murder by a mob of 30 to 40 assailants with automatic weapons and locally-made revolvers led to a misguided backlash in the following months – India’s largest anti-Christian violence. More than 100 people were killed, around 300 church buildings were destroyed, close to 6,000 homes were demolished and at least 55,000 Christians were displaced from their homes.

Maoist leader Sabyasachi Panda claimed responsibility of the murder that occurred in the attack on Saraswati’s ashram in Jalespeta, Tumudibandha, Kandhamal District, Odisha (then Orissa) state, and the state government corroborated his confession. But Hindu extremists who blamed Christians marched Saraswati’s body in a 160-kilometer (100 miles) route along predominantly Christian areas calculated to provoke violence. An estimated 75 percent of the anti-Christian aggression that followed took place along the procession route.

Chalanseth and the six other Christians – Sanseth, Nayak, Bhaskar Sunamajhi, Durjo Sunamajhi, Sanatan Badamajhi and Munda Badamajhi – were convicted of murder, criminal conspiracy, unlawful assembly and rioting by Additional District and Sessions Judge Rajendra Kumar Tosh on Sept. 30, 2013. Two prior judges presiding over the trial were transferred before Tosh heard the case and delivered the verdict.

Ten years, five months and six days after he was taken into custody, Chalanseth walked out of prison on May 21, again released on bail. This time, however, because the Supreme Court issued the release on bail, he does not have to return unless the high court itself so orders.

“The Supreme Court ordering bail for Gornath has exposed the Hindu nationalist fraud behind Kandhamal,” journalist and activist Anto Akkara, who has publicized the injustice against the Christians in books and other media, told Morning Star News. “The bail order proves that Swami Laxmanananda’s murder was used to trigger the bloodshed and [the accusation against Christians] was cooked up by the Hindu nationalists for political gain.”

Akkara has kept the campaign for the release of the “innocent seven” alive through an online petition, www.release7innocents.com.

He noted that one of the seven, Munda Badamajhi, is a mentally challenged person.

“It’s a shame for Indian judiciary to keep an innocent and mentally challenged in jail for a crime he never committed,” Akkara told Morning Star News. “I met Munda in the jail in June 2017. While others were excited with my presence, Munda was bland and showed no emotion even when I approached him. He does not know where he is.”

The conviction without evidence raised many questions. While the judge portrayed Saraswati as “a luminary of Hindu community who dedicated the whole life for the tribal community of this underdeveloped district of Orissa,” his judgment relied on the testimony of two witnesses, Malati Pradhan and Kumudhini Pradhan, who were about 11 and 14 years old when Saraswati was murdered. Both went on record to say that they saw Sanseth and Durjo Sunamajhi outside Saraswati’s room when the murder took place.

Delivering the verdict five years after the attack, the judge justified his confidence in the testimony of the girls by noting that they were students of Sanskrit.

“A student of Sanskrit requires high memory power to get the Sanskrit verses, slokas, etc. in mind,” he wrote. “Therefore, even if investigating officers have committed an error by not examining them at an appropriate time, this Court cannot refuse to accept their credibility.”

Why Now?
India’s Supreme Court granted Challanseth bail after two earlier applications were rejected by other courts; the Odisha High Court rejected the last one in December.

“There were two grounds on which the Supreme Court has granted bail, one being the number of years [10] he has spent in jail, and the second is the nature of evidence against him, which was slim, shifty and weak,” attorney Rebecca Mammen John told Morning Star News.

John, an accomplished and well-known criminal lawyer, has more than 25 years of practice before trial courts, the Delhi High Court and the Supreme Court of India. Working pro bono especially on important civil liberties cases and on behalf of victims of sexual violence, John appeared along with lawyers from Alliance Defending Freedom (ADF) to help procure bail for Chalanseth.

Supreme Court Justice Ajay Manikrao Khanwilkar and Justice Ajay Rastogi gave the orders for Chalanseth’s bail on May 9, stating, “Considering the fact that the accused No.4-appellant [Challanseth] had already undergone 10 years of his sentence, and taking an overall view of the matter, we are of the opinion that the above named accused No.4-appellant should be released on bail on such conditions as may be imposed by the learned Additional Sessions Judge, Phulbani in S.T. No.16/18 of 2013-2009.”

Chalanseth, 46, was greeted by family members with the exception of his 90-year-old father, Bachan Chalanseth, who could not make the journey due to health concerns. The family traveled almost six hours from Kotagarh to receive him. Media outlets captured the tearful reunion as nearly two dozen members of his family embraced him.

Expressing joy over the bail granted to at least one of the seven imprisoned Christians, John Dayal, spokesperson of the United Christian Forum, said Akkara is to be congratulated for keeping the case before the public eye.

“One needs to remember that most of the legal vultures who descended on Kandhamal in 2007 and 2008 vanished after the early pickings were over,” said Dayal, who has worked for justice in the aftermath of the Kandhamal anti-Christian violence. “If it were not for HRLN [Human Rights Law Network], the Bhubaneswar Cuttack Archdiocese, Evangelical Fellowship of India and in recent times ADF, the legal landscape of the place would have been really tragic. Congratulations collectively to all those over the years who have labored hard, and in the current bail case in the Supreme Court, especially to Senior Advocate Rebecca Mammen John.”

Chalanseth has said that although he is happy to be released, he is concerned about the six others who are also innocent and remain in jail. There is hope that his release could set a precedent for the others.

The Rev. Dibakar Parichha, a Catholic priest at the diocese of Cuttack and an attorney at the Cuttack High Court, has been assisting in the effort to obtain justice for seven years.

“We have a long way to go,” he told Morning Star News. ‘We are hopeful for getting justice for the innocent people. It may delay, but justice will not be denied.”