Another 11 Christians killed in Taraba state. 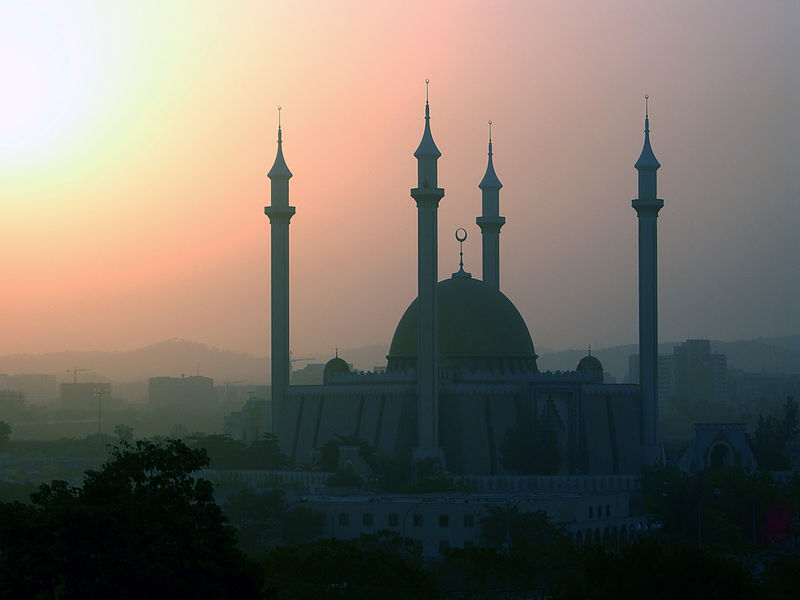 The herdsmen on Sunday and Monday (June 16-17) entered villages on motorcyles outside of the Taraba state capital, Jalingo, shooting firearms after attacks in the same area in early May that reportedly also killed 11 people in predominantly Christian villages.

“I know that 11 persons were killed and their corpses were taken to mortuaries in some hospitals in the town of Jalingo,” Joseph David, a 30-year-old resident of one of the communities attackd this week, told Morning Star News by phone.

He said the assailants arrived about 6 p.m. on Sunday and continued the assault the next day.

“The attacks were carried out by Muslim Fulanis riding Bajaj motorcycles,” he said. “They burned houses and shot us as we fled.”

The herdsmen attacked the predominantly Christian villages of Kona and ATC outside Jalingo, as well as Tudiri and Janibanibu villages in Ardo Kola County. Residents in the communities are mainly members of the United Methodist Church in Nigeria (UMCN), Lutheran Church of Christ in Nigeria (LCCN), Christian Reformed Church Nigeria, the Roman Catholic Church, and the Church of the Brethren (EYN).

Herdsmen also launched attacks in Taraba state in March and April, and there were unconfirmed reports of retaliatory attacks by predominantly Christian, ethnic Kona youths.

While mainstream media have long portrayed heavily-armed herdsmen attacks on largely unarmed Christian farmers as mere conflict over land use, members of the Religious Liberty Partnership (RLP) issued a statement in April rejecting it.

“While we recognize there is a long history of disputes between nomadic herders and farming communities across the Sahel, we believe the current attacks in Nigeria, which do not occur in neighboring countries experiencing similar environmental challenges, can no longer be attributed to desertification or to a struggle for resources,” according to the statement, issued in Abuja as the result of an RLP consultation there. “They now occur with such frequency, organization and asymmetry that references to ‘farmer-herder clashes’ no longer suffice.”

The RLP statement notes that in a Feb. 26 ruling over a case involving militia violence in Benue state that claimed about 500 lives in 2016, the Court of Justice of the Economic Community of West African States rejected characterization of the attacks as communal clashes between farmers and herders. The ruling also dismissed the contention that the government of Nigeria could not be held responsible for ethnic crime committed by unidentified and unknown persons.

“Like Boko Haram, they are inspired by the jihad and caliphate of their Fulani kinsman Usman dan Fodio,” John Eibner, chairman of international management at the Swiss-based CSI, notes on the Website. “The extensive death and destruction caused by Fulani terrorists rarely makes major headlines in the West. But, according to the Global Terrorism Index, ‘In 2018 alone, deaths attributed to Fulani extremists are estimated to be six times greater than the number committed by Boko Haram.’”

Unlike Boko Haram, Fulani militias do not target the Nigerian government or interests of western states; neither do they have a strong tradition of unleashing violence against other Muslims, although cattle rustling does sometimes does take place within their faith community, he states.

“Fulani attacks against villages, the destruction of crops, and kidnappings tend to be directed against Christian and traditionalist villagers, with the goal of driving them off their land and occupying it,” Eibner states on the Website (www.nigeria-report.org). “For the Fulani militias, the ideology and rhetoric of dan Fodio’s jihad are used to legitimize land grabbing. The violence of these Muslim Fulani militias tends to be conducted with impunity. The American and British-backed Nigerian Army – the largest in Africa and a major participant in many international peacekeeping missions – is unable or unwilling to confront Fulani militias.”

Violence of Fulani militias is often cast in reporting from think tanks and the media as a conflict over natural resources between nomadic herdsmen and settled farmers, aggravated by desertification, he states.

“Economic competition between these groups is indeed an important factor,” Eibner notes. “But this de-sectarianized narrative of the Fulani militias downplays the crucial role of violent jihad in the Fulani people’s historic tradition of colonial empire-building. It also glosses over the current links between Fulani militias and international jihadist networks on the one hand, and Islamists and Fulani ethnic chauvinists within Nigeria’s Fulani-dominated military and intelligence establishment on the other.”

“Since  2016 Islamist-inspired Fulani militias have stepped up their brutal attacks across swathes of central and southern Nigeria, laying waste to mainly Christian villages, killing the villagers or driving them from their ancestral homes.”

Closer to Chaos
Christian leaders in Nigeria expressed sadness that in spite of the lives lost and property destroyed in Christian communities, the government has been unable to protect people. The Rev. Innocent Solomon, chairman of the Taraba state chapter of the Christian Association of Nigeria (CAN), told Morning State News by phone that church buildings and Christian worship places were destroyed along with homes in the attacks this week.

The attacks could spark national anarchy, he said.

“We admonish those in the helm of affairs to use their powers correctly, righteously and fairly, and ensure that justice, which is the fundamental principle of governance, is adhered to,” Pastor Solomon said. “Justice must be served on those who are executing a genocide in Nigeria against ordinary and law-abiding citizens, especially in northern Nigeria.”

Following the June 16-17 attacks, Christian women on Tuesday (June 18) took to the streets of Jalingo protesting unabated attacks by armed herdsmen. A leader of the protestors, Mary Shaukani, told Morning Star News by phone that they were protesting the inability of the Nigerian government to tackle the unprovoked attacks and killings by the herdsmen.

“Our people are being attacked by Muslim Fulani herdsmen, and the government of our country is helpless,” Shaukani said. “We have lost our husbands and children, many women have been killed and in the midst of this tragedy, and the Nigeria government has not deemed it necessary to take measures to protect those who have survived this onslaught.”

Two Christian leaders in the area, the Rev. Sunday Muke, a Catholic priest, and the Rev. Ishaku Amah, a pastor with the Christian Reformed Church, Nigeria (CRC-N), said that kidnappings of Christians have also become rampant.

“For the past two years, there have been records of kidnappings and serial killings,” said Muke, who serves in Lau County of the state. “Religious leaders, especially Christian leaders, have become targets of these herdsmen. For instance, the CAN Chairman of Garin Dogo, the Rev. Mark Jack, was kidnapped and killed on Jan. 26.”

The vice chairman of CAN in Lau, the Rev. Shawulu Ishaya, was attacked and shot in his house on March 20 by armed militia and is receiving treatment at the Specialist Hospital in Jalingo, he said. Herdsmen have also attacked Babagasa, Lushi, Gwaire and Abbare areas, he said.

Pastor Amah added, “The sad reality is that once the herdsmen attack an area, they take over farms of Christians and turn them into grazing fields.”