New Christian in Algeria Sentenced for 'Organizing Worship' in His Home

Separately, another judge fines owner of land where church was meeting in a tent. 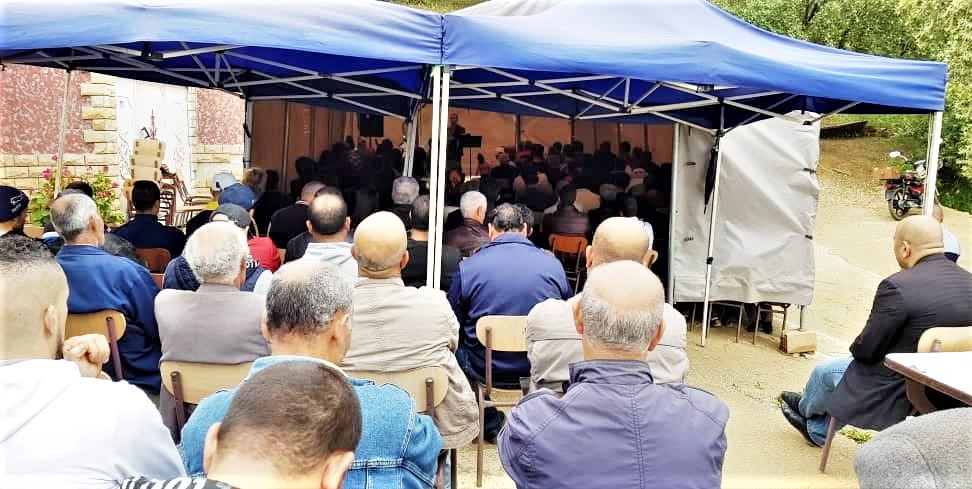 TIZI-OUZOU, Algeria, (Morning Star News) – A judge on June 16 handed a Christian father of two in northwest Algeria a suspended prison sentence and a hefty fine for holding worship at his house, four days before another judge fined the owner of land that a church uses.

Prosecutors had sought a six-month prison sentence and a fine of 500,000 Algerian dinars (US$4,200) for the 35-year-old father in Mostaganem, a coastal town about 350 kilometers (217 miles) west of Algiers. The judge instead delivered the two-month, suspended prison sentence and a fine of 100,000 dinars ($840) to the new Christian, who requested anonymity as he fears for his life in the officially Muslim North African country.

For inviting a Christian couple to pray with him, an area source said, he was accused of organizing Christian worship in his home under Algeria’s notorious religion law of June 2006, commonly known as the 03/06 law, which forbids non-Muslim worship for unregistered churches. The law stipulates that churches must obtain the permission of a national committee to be registered, but this committee has never met, and no church request has been officially considered or approved, sources said.

“Incredible but true, it was enough that a neighbor denounced him and accused him wrongly, and he is condemned, all because he welcomed a Christian couple to pray together,” said the area source, who cannot be identified for security reasons. “He is frightened and shocked by this accusation.”

Police had summoned the Christian for questioning several times, the source said.

“During these visits to the police station, the poor man had to endure terrible pressure and intimidation, though he was known as a man of peace,” he said.

‘Intimidation’
In Akbou, about 185 kilometers (114 miles) east of Algiers in Bejaia Province, Kabylie Region, a judge on Thursday (June 20) fined the owner of a church that was ordered to close in October 2018.

Prosecutors had sought a 500,000-dinar (US$4,200) fine and six months in prison for Amar Ait-Ouali, owner of the land where City of Refuge Church meets in Azaghar village near Akbou, for allowing a worship tent on the land after authorities closed the 300-member congregation’s church building on Oct. 16, 2018. The judge instead fined Ait-Ouali 50,000 dinars (US$420), Ait-Ouali said.

“I’m not afraid of them, and all their intimidation is just wind,” Ait-Ouali told Morning Star News. “I have the right to be a Christian, and I also have the right to make my home and my land available to the church. All this is injustice. ”

His attorneys, a group of human rights lawyers, said they would appeal.

The pastor of the church, Jughurtha Sadi, said the congregation is trusting in God for the outcome.

“We have nothing to fear,” the pastor said. “The EPA [Protestant Church of Algeria, an umbrella group] is on our side to support us. Whatever they do, we will continue to praise our Lord and Savior Jesus Christ.”

The church continued to meet, and he received a court summons in Akbou.

In Tigzirt, 34 kilometers (21 miles) north of Tizi-Ouzou, a judge summoned Nouredine Benzid, pastor of a church in Makouda, on Thursday (June 20), after Islamists pressured local officials into seeking to seal his church building, sources said.

Pastor Benzid answered accusations by the Makouda administration that the church did not have a permit to build and make modifications, they said.

The church of Makouda, also affiliated with the EPA, has more than 300 members.

These cases follow the sealing of another church building and its Bible school in northwestern Algeria on May 22. Citing the 2006 law requiring authorization for non-Muslim places of worship, gendarmes locked the doors of the evangelical church building in Boudjima, 20 kilometers (12 miles) northeast of Tizi-Ouzou, capital of the province of the same name in Kabylie Region.

While three churches in Oran Province that the provincial head closed in November 2017 and February 2018 have since reopened, others that authorities closed last year in Akbou, in Kabylie Region, remain sealed. On Dec. 30, authorities ordered the closure of an evangelical church in Ait-Jimaa village, 45 kilometers (27 miles) from Tizi-Ouzou.

The EPA has 45 affiliated churches throughout the country with nearly 50,000 Christians. Since November 2017, “building-safety committees” have visited most EPA-affiliated churches and inquired about licenses required by the 2006 law regulating non-Muslim worship, according to advocacy group Middle East Concern (MEC). Officials have yet to issue any license for a church building under the regulation, according to MEC.

Several churches have since received written orders to cease all activities, and authorities have closed a number of them for operating without a license.