Women who leave Islam in sharia-ruled country are hard-pressed to find their way. 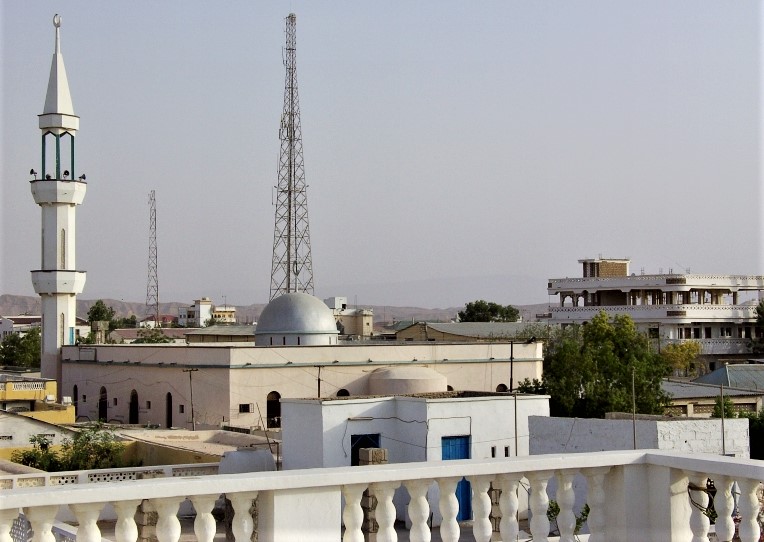 NAIROBI, Kenya (Morning Star News) – Sa’aada Hussein’s husband didn’t seem to be a very devoted Muslim by Somalia’s strict standards, so she hoped it would be safe to ask him for permission to read the Bible.

After all, he chewed khat, a plant in East Africa that produces euphoria, which Islamic leaders said was forbidden. Though she had grown up watching family members practice Muslim rituals in Bosaso in northern Somalia, Hussein had secretly put her faith in Christ in her young 20s.

After marrying a Muslim in 2010, she had suppressed her faith but secretly recommitted her life to Christ in 2017. She then had two young children as she began to read anew, in secret, a Bible that an ex-boyfriend had given her before she married.

“I feared that my husband might report my belief in Issa [Jesus] to my extended family members, so I remained a secret Christian for one year,” Hussein, 32, told Morning Star News by phone. “In January 2019, I decided to request my husband to permit me to read the Bible, but he refused despite the fact that he was not a strong Muslim who chewed khat.”

Instead, he reported her to extended family members in a country where leaving Islam is punishable by death; even if a court in the sharia (Islamic law)-ruled country might not execute her, in many families relatives would stone her to death.

“On Feb. 20, I was summoned by the family and clan members on the issue of reading the Bible,” Hussein told Morning Star News. “I knew the outcome would be disastrous, so I left him.”

She left – everything, including her children, now 6 and 8 years old – that very day. She also left behind her livelihood, a successful job selling clothes in the family business.

Fearing for her life and knowing that Islamic law gives custody of children to the Muslim father when a Muslim wife leaves Islam and is summarily divorced, she left her family and livelihood rather than renounce Christ, she said.

“Because of cultural issues and oppression of women in Islam, I lost my children, parents and relatives as a result of my conversion, which was an extremely painful ordeal, and my spirit was wounded,” she said. “It is difficult to reach my children now going on eight months.”

Now relocated to another, undisclosed part of Somalia, Hussein said that she had had an interest in books that Islam acknowledges – the Torah, Psalms and Gospels – before becoming a Christian.

“I could not find them for a long time, neither did I did ask anyone, as I feared for my life,” she said. “After a few years, I met one Somali believer in my village who wooed me to be his girlfriend. After a year, I asked him if he could get me the other Islamic books, which he did through his Kenyan friend.”

He brought her a Bible, assuring her that it included the Taurat (Torah), Zabur (Psalms) and Injeel (Gospels), she said. After reading the Bible, she concluded that Muslims were wrong in accusing Christians of using textually corrupted texts.

“When I read the Bible, I got convicted and chose to be a follower of Issa,” Hussein said.

Her boyfriend left to pursue further education, however, and she stifled her faith in Christ for eight years after marrying the Muslim.

“Towards the end of 2017, I decided to reconnect with my old friend who had given me the Bible, and I recommitted my life to Issa,” said Hussein, who has found spiritual family in an underground church. “I would love to help other female, ex-Muslim believers in Christ to be careful in marrying Muslims, as this will make them go through pain and shock, as I did when I lost all my livelihood, so that I now have to live with friends.”

The leader of the underground church requested prayer for her and other converts.

“Please, I am requesting the free church to pray for Hussein and other converts from Islam to Christianity for comfort and support as they embrace the new faith in Christ,” he said. “Some of them live in a desperate situation, and they need to be comforted by the Holy Spirit.”

Somalia’s constitution establishes Islam as the state religion and prohibits the propagation of any other religion, according to the U.S. State Department. It also requires that laws comply with  Islamic law principles, with no exceptions in application for non-Muslims.

Somalia is ranked 3rd on Christian support group Open Doors’ 2019 World Watch List of the 50 countries where it is most difficult to be a Christian.