Grenade Attack Near Cathedral Leaves Several Wounded in the Philippines

By Our Philippines Correspondent 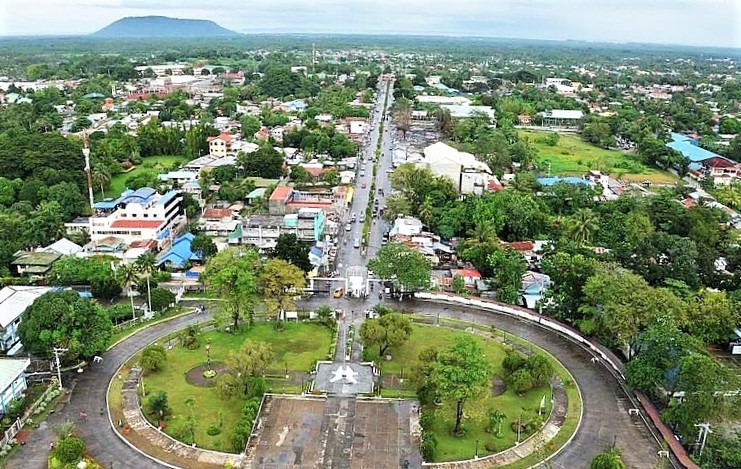 MINDANAO, Philippines (Morning Star News) – A grenade attack near a Catholic cathedral and radio station in the southern Philippines on Sunday (Dec. 22) could have been aimed at a military advance team for a presidential visit as much as the Christian sites, according to local reports.

The grenade explosion injured at least eight soldiers and six civilians in Cotabato on the island of Mindanao, according to reports. Police stated the grenade was thrown near the Immaculate Conception Cathedral, seat of the archdiocese of Cotabato, and the radio station owned by the Oblates of Mary Immaculate.

Mass-goers huddled in the cathedral upon hearing the explosion and the ensuing brief gunfight between soldiers and the assailants. They later returned to worship, but a service scheduled for 6:30 p.m. was cancelled, parish priest Zaldy Robles told Minda News.

“It is sad that this kind of violence is happening while we are celebrating the holy Christmas season,” Robles told the news outlet. “Let us not let the reign of darkness rule over us.”

He added that it was fortunate the grenade was not thrown into the worship service. In 2009, a bomb attack at the same cathedral in Cotabato killed five civilians and wounded dozens of others.

After Sunday’s grenade attack, a second blast a short distance away injured a passer-by, according to Vatican News.

Explosions in two cities also in the same diocese’s territory, Libungan in North Cotabato and Upi in Maguindanao, hit shortly after the attack in Cotabato, and the military suspected the Islamic State-aligned Bangsamoro Islamic Freedom Fighters (BIFF) in all the blasts, according to reports. Earlier security forces had reportedly recovered and de-activated two Improvised Explosive Devices on Sinsuat Avenue in Cotabato, near the cathedral.

It was unclear if the wounded soldiers were guarding the cathedral or were part of an advance team for the visit of the president scheduled for the following day. Minda News reported they were part of the security apparatus assigned to the cathedral during the Christmas season, while another news outlet quoted a Western Mindanao Command spokesman as saying the grenade was aimed at a military vehicle of the Division Reconnaissance Company deployed in advance of President Rodrigo Duterte’s visit on Monday (Dec. 23).

Mindanao is one of five provinces that came under the Muslim rule of the Bangsamoro Autonomous Region in Muslim Mindanao (BARMM), confirmed in a Jan. 21 referendum. The BARMM was formed from a peace deal with the rebel Moro Islamic Liberation Front, but the BIFF and Islamic extremist Abu Sayyaf rebels were excluded from the agreement.

While the military suspected the BIFF in the attacks, some speculated the assailants could have been other opponents of the BARMM. Whether one or the other, Duterte called the attackers terrorists.

Islamic State-affiliated terrorists were blamed for twin suicide bombings at Our Lady of Mt. Carmel Cathedral in Jolo, Sulu Province on Jan. 27, which killed at least 22 people and wounded more than 100. Jolo is a small island off the coast of Mindanao.

Members of Abu Sayyaf, which claims allegiance to Islamic State, reportedly aided the Jan. 27 attack and turned themselves into authorities. Interior Secretary Eduardo Año stated on Feb. 1 that Islamic State-affiliated terrorists were responsible for the twin suicide bombings.

Islamic State representatives took responsibility for the bombings in online postings shortly after the explosions, one inside the cathedral on Jolo, and another about 12 to 15 seconds later outside the doorway. Año said two Indonesian suicide bombers, one who went by the nom de guerre Abu Hud and his wife (unnamed), were guided by local rebels from Abu Sayyaf.

Abu Sayyaf had rejected the peace deal that created the BARMM as it preferred the region belong to a broader southeast Asian caliphate.

Sunday’s violence follows a bomb attack on a shopping mall in Cotabato earlier this month that killed two people and wounded 35 others, also attributed to Islamic State-affiliated terrorists.