Indonesia (MNN) — What happens when Christians host Christmas services in the largest Muslim-majority country in the world? According to Bruce Allen of FMI, what happens in Indonesia around Christmastime nothing short of a Christmas miracle.

Technically, Christianity is protected by Indonesia’s constitution. But with somewhere around 6,000 inhabited islands, locals often pay more attention to island subcultures than to national culture. On paper, Christians are protected, but reality tells a slightly different story.

“Let’s say that there is an attack against a church – an arsonist or something like that,” Allen says. “And the people of the congregation or the Pastor calls the local fire department. Well, yes, the Christians are entitled to the services of that fire department. But the fire chief may say, ‘Let’s drag our heels. Let’s get there and about three or four hours.’ Well, by that time, the church has been burned to the ground. That sort of thing does happen in Indonesia.”

That’s what makes official reactions to Christmas so significant. As in many other countries, Indonesia sees church attendance spike around Christmastime. Students are home from university, city workers head home for the holidays, and families reunite where they grew up. That’s why many churches, particularly those in small villages and farming communities, face spikes in terrorist attack frequency.

In response, officials are providing uniformed policemen, undercover cops, and military personnel for protection. And according to Allen, Muslim officers look forward to the assignment. 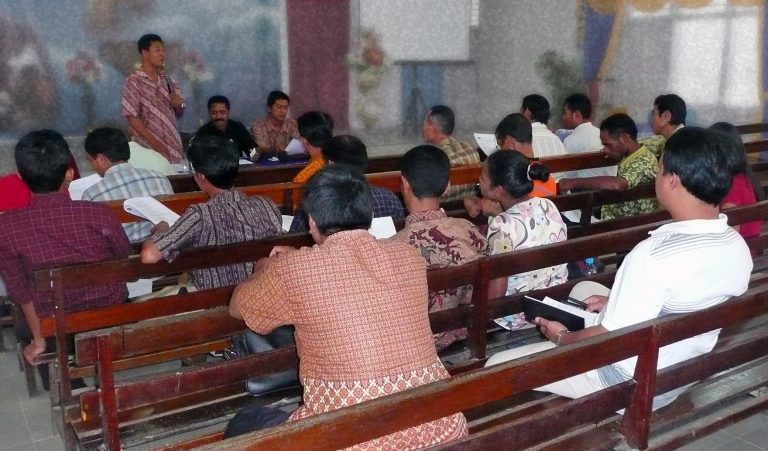 “They love to hear about Christmas,” he says. “They want to help with the decorations or sing these carols. They may not understand it all, but hopefully, if they’re attending an FMI affiliated church, they’re getting a good Gospel presentation as well.”

Apparently, these security personnel aren’t the only Muslims interested in Christmas church services.

“When I was in Indonesia last, I was hearing reports about what was happening last Christmas in 2018,” Allen says. “In some of these remote villages that are really difficult to access, you’d have a small congregation, maybe 30-40 Christians, but a wider community of hundreds or a few thousand Muslims.”

According to Allen, somewhere around “90% of the Muslim neighbors were trying to get into the Christians’ meeting place.”

Some of those meeting places are house churches. Even then, Muslim neighbors stand around windows and doors, trying to get any hint of the Christmas story.

“They want to know who Jesus is. Why did he come? Now, a devout Muslim would kno 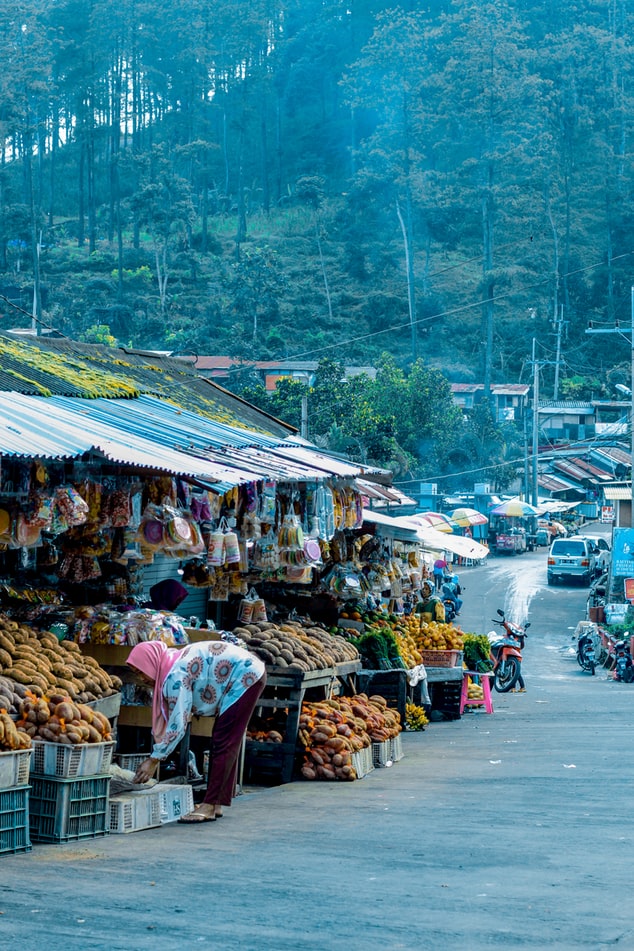 w from the Quran that Jesus is sinless, born of a virgin, and is considered the Word of God… and so they go, ‘Oh, wow, the Christians are celebrating Jesus birth, about why he came to earth. I need to find out about this.’”

As a result, Muslims even outnumber Christians at some services. Last year, one pastor recalls hearing almost 50 Muslims crowded outside the sanctuary. When he went outside, he was surprised at their complaint: “We’re disappointed that you did not invite us to your Christmas service!” The pastor, of course, let them join the service.

A new year, a new Christmas

This year, FMI partner churches want to go out of their way to invite Muslims to their services ahead of time. That’s where your prayers come in.

“Pray that the curiosity of the Muslim neighbors would be stoked and that there would be a boldness on the part of the Christians to invite their neighbors so that the neighbors don’t have to riot outside the church and say ‘Please let us in!’ That the Christians would be very proactive in saying, ‘Please come, we’d love to have you join us. We would love to sit and talk with you afterwards as we fellowship together and explain more about not just how Jesus came but why Jesus came.’”

Pray also for the safety of Allen and other FMI representatives travelling to Indonesia. In efforts to understand how partner churches operate, especially during Christmastime, Allen is paying local congregations surprise visits.

“I’m scratching my head going, ‘Wow, is this a new movement of God’s Spirit among the Muslim world? I’d like to experience this firsthand and see what really is happening. Observe, listen, watch.’”

So far, he’s already visited several churches. For example, “on Sunday night’s (Dec. 22) Christmas program that I attended, there was an overflow crowd at the church of one of FMI’s partners. The is congregation regularly has about 90 attenders, and there are only 132 people in the entire village, and there were perhaps about 150 at the Christmas celebration to hear about the Savior’s birth.”

You can learn more about FMI and their work right here. Consider giving to their efforts or connecting with them to follow their projects in Indonesia and around the world.

And from FMI and their partners in Indonesia, Merry Christmas.