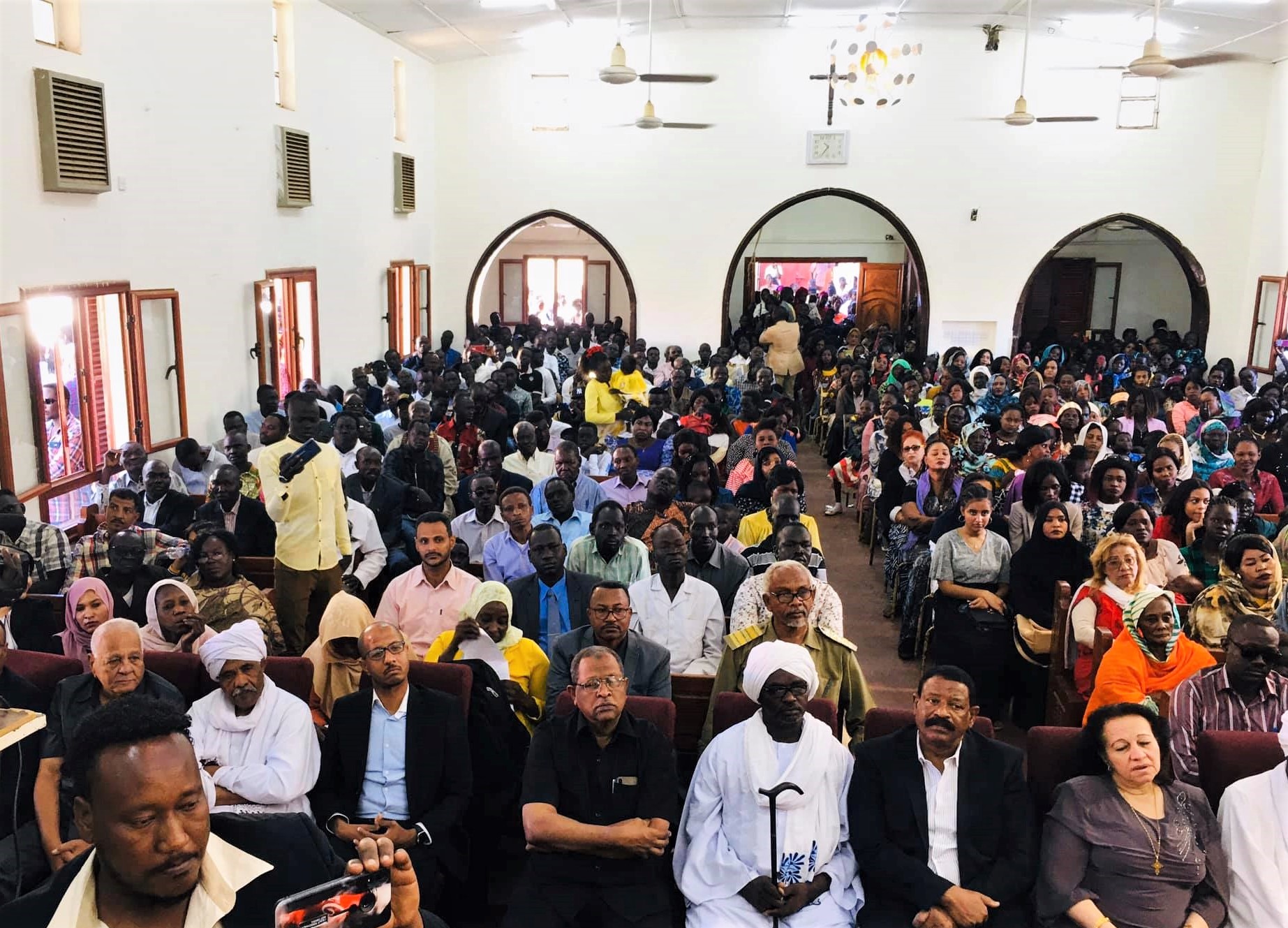 Following the Sudanese government’s announcement of Christmas as a public holiday for the first time in eight years, Minister of Religious Affairs Nasr al-Din Mufreh accompanied senior government officials at the Christmas Day service of Khartoum Bahri Evangelical Church – a congregation the previous Islamist government had harassed for years.

At a press conference after visiting several churches in Khartoum on Christmas Day, the Muslim leader sent a strong signal of religious coexistence to Christians in a country where they suffered for their faith under former President Omar al-Bashir.

“I tender my apology for the oppression and the harm enforced on you physically by [the prior government's] bulldozing your church buildings, arresting and falsely imprisoning your church leaders and raiding your property,” Mufreh said, according to Radio Dabanga.

Sudan had suspended Christmas as a holiday following the secession of South Sudan in 2011. The government-run Sudan TV on Christmas Day broadcast Christmas services of various churches in Khartoum, including the Khartoum Bahri Evangelical Church, whose members had been subject to arrests on false charges and whose property had been threatened. The church is part of the Sudan Presbyterian Evangelical Church (SPEC), which has been embroiled in property disputes, with the government appointing a government-run committee to assume control of the denomination.

In light of advances in religious freedom since Bashir was ousted in April, the U.S. State Department announced on Dec. 20 that Sudan had been removed from the list of Countries of Particular Concern (CPC) that engage or tolerate “systematic, ongoing and egregious violations of religious freedom” and was upgraded to a watch list. Sudan had been designated a CPC by the U.S. State Department since 1999.

Bashir, ousted by the army on April 11 after widespread protests began in December 2018, was sentenced on Dec. 14 to two years in a correctional facility for corruption and illegitimate possession of foreign currency. He still faces charges of plotting the 1989 coup that brought him to power.

Bashir has not yet been charged in the crackdown earlier this year that killed more than 250 protestors.

Among 11 people appointed to a Sovereignty Council to oversee the transition to civilian rule in Sudan is Raja Nicola Eissa Abdel-Masih, a Coptic Christian who long served as a judge in Sudan’s Ministry of Justice. She was one of six civilians appointed to the council on Aug. 21.

Amid these hopeful signs, Christians in Sudan are still awaiting the return of properties seized by the government under Bashir, who also has been indicted by the International Criminal Court for directing a campaign of mass killing, rape, and pillage against civilians in Darfur.

Following the secession of South Sudan in 2011, Bashir had vowed to adopt a stricter version of sharia (Islamic law) and recognize only Islamic culture and the Arabic language. Church leaders said Sudanese authorities have demolished or confiscated churches and limited Christian literature on the pretext that most Christians have left the country following South Sudan’s secession.

In April 2013 the then-Sudanese Minister of Guidance and Endowments announced that no new licenses would be granted for building new churches in Sudan, citing a decrease in the South Sudanese population. Sudan since 2012 has expelled foreign Christians and bulldozed church buildings. Besides raiding Christian bookstores and arresting Christians, authorities threatened to kill South Sudanese Christians who did not leave or cooperate with them in their effort to find other Christians.

After Bashir was deposed, military leaders initially formed a military council to rule the country, but further demonstrations led them to accept a transitional government of civilians and military figures, with a predominantly civilian government to be democratically elected in three years.

Christians are expected to have greater voice under the new administration. In September pastor Mobarak Hamad, former head of the Sudanese Church Council, demanded that the transitional government return all church buildings, lands and properties wrongfully confiscated by the former regime.

The new government that was sworn in on Sept. 8, led by Prime Minister Abdalla Hamdok, an economist, is tasked with governing during a transition period of 39 months. It faces the challenges of rooting out longstanding corruption and an Islamist “deep state” rooted in Bashir’s 30 years of power.

Hamad, the former chairman of the Sudan Council of Churches, has said that the government should recover all properties confiscated under the previous regime, including the Catholic Club and another building belonging to the Sudan Interior Church.

The Catholic Club, strategically located near the Khartoum International Airport, was turned into the headquarters of Bashir’s National Congress Party. The Sudan Interior Church building, used by the Khartoum International Church and other Christian organizations, was turned into offices for the notorious National Intelligence and Security Service (NISS).

On July 29, Chairman of the Military Council Abdul Fattah Al-Burhan issued a decision to amend the name of NISS to General Intelligence Service. The measure also froze Article 50 of the Law of Security Service, which had given NISS broad powers of inspection and detention without cause, widely misused against Christians and political opponents.

Sudan ranked sixth on Christian support organization Open Doors’ 2019 World Watch List of countries where it is most difficult to be a Christian.