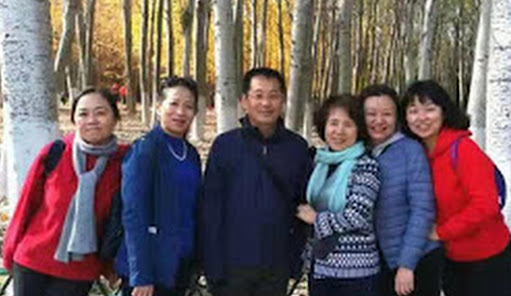 Pastor Jin Tianming with his wife and church "family" members on October 1, 2020.

Police began harassing Pastor Jin in 1999 with warnings, interrogations, and temporary detentions when the church he pastored, with1500 members, refused to join China's official state church. His house arrest began in 2011 when CCP authorities banned members and others attending Beijing Shouwang House Church from gathering there.

Police detained Pastor Jin at a plaza when members met for services following the CCP's eviction from their church's premises. Authorities, however, never tried Pastor Jin in court.

According to a post by Church in Chains, on May 8, 2020, Pastor Jim appeared on Zoom as one of three speakers in History and Inheritance, sharing the history of house churches:

Those watching the Zoom event reported that although Pastor Tianming looked a little older, his nine years of house arrest have not taken away his gentleness and peace; they said his faith is as firm as ever. The pastor said he was glad that many church members had got married during the epidemic and that more than a dozen had gone abroad to study theology. He said that the church has more and more committed members, despite the fact that they cannot meet normally.

Pastor Bob Fu, the founder of ChinaAid, said, "Pastor Jin and I are not only brothers in Jesus Christ, but we have also remained friends since the early 1990s when we ministered in Beijing. 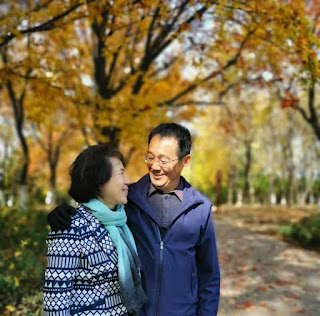 Through the Lord’s mercies

we are not consumed,

Because His compassions fail not.

They are new every morning;

Great is Your faithfulness.