Collusion between the communist authorities in North Korea and neighbouring China over the arrest, punishment and forced repatriation of Christians has been described by exiles interviewed by the London-based campaign group, Korea Future Initiative (KFI).

Investigators documented the torture and abuse of North Koreans in China, which took place before they were deported back to their home country where they were tortured further and sent to brutal “re-education” camps for the “crime” of their Christian faith. The testimonies affirm rumours that the Chinese government cooperates with North Korean authorities to forcibly repatriate those who cross the border. 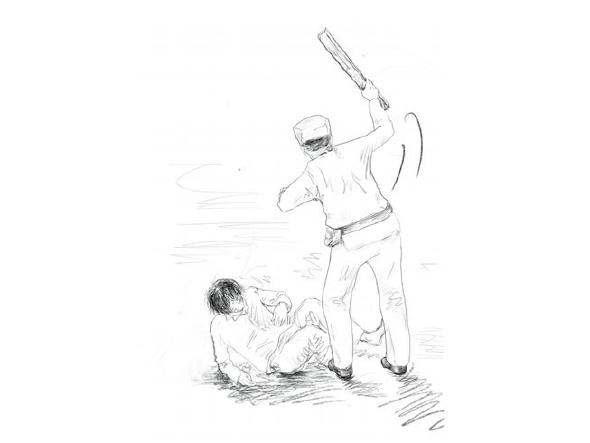 North Korean Christians endure torture and abuse in China before they are forcibly returned to their homeland, according to witnesses [Image credit: Korea Future Initiative]

In another case, the child of an interviewee was imprisoned in a North Korean political prison camp because their parent attended a church in China. The parent was later informed that their child had died at the camp.

Interrogators were also documented as using information sourced from informants in China. One Christian forcibly returned to North Korea was shown a map of the Chinese city they had lived in and asked by their interrogator, “Is there not a church not too far from where you lived?” In another case, a victim was interrogated for more than four months in a North Korea detention centre based on information submitted by China’s Ministry of Public Security in their deportation notes.

“We must not forget”

A witness told of a 33-year-old Christian who underwent long periods of severe torture in Chinese prisons, including enduring three days of interrogation without sleep while being tied to a wooden chair with a backrest made of corrugated iron and a metal crossbar across their face. The Christian suffered a deformed spine and was severely malnourished when forcibly returned to North Korea, where the abuse continued. The Christian was eventually sent to a political prison camp.

Another Christian detained in a North Korean holding centre for attending a Christian study group in China was so malnourished that the individual required help to support their own body weight.

Il-lyong Ju, an exiled human rights advocate, wrote in a foreword to the report that the “cruel actions” of those in North Korea who persecute Christians must be prevented. He added, “North Korean officials, whose crimes evoke thoughts of Auschwitz, must be identified and held accountable. And we must not forget the testimonies of the survivors in this report who have overpowered death in North Korea.”