At least 24 people were killed, over 20 abducted, a church burnt and a pastor kidnapped by jihadi militants during two attacks on Christmas Eve, in Borno and Adamawa states, Nigeria.

On 24 December, armed militants raided the predominantly Christian village of Pemi, near Chibok, in Borno State, on trucks and motorcycles, firing on villagers, killing eleven people, and setting fire to buildings, according to local reports. 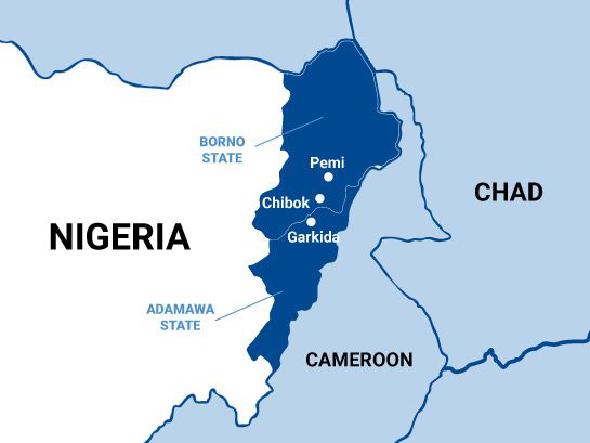 The militants, thought to belong to Islamic State West Africa Province (ISWAP), an off-shoot of Boko Haram, are reported to have travelled from their base in the nearby Sambisa forest. At least eight soldiers were also reported killed at outposts in the region at the time of the attacks.

Jihadists abducted at least 20 Christians in the region and singled out five to be lined up and shot in a second Christmas Eve attack in Garkida, Adamawa State. In an online video released by the militants showing the killings, the murders are reportedly referred to as a “Christmas present”.

The militants also set ablaze homes, shops, cars and bulldozers. Many of the villagers fled during the attacks, and some are still missing at the time of writing.

State authorities had warned of an increased risk of attacks during the Christmas period.

The breakaway Islamist terror group, Islamic State West Africa Province (ISWAP), is led by Abu Musab al-Barnawi. The group split from Boko Haram in 2015, partly due to the extreme brutality of Boko Haram’s leader Abubakar Shekau, and is active in north-east Nigeria.