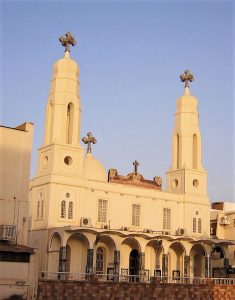 Officials in Sudan’s Ministry of Religious Affairs and Endowments have said the process of issuing licenses for new church construction has begun, but Christian leaders call it political propaganda.

Hani Faiz Butros of the Coptic Church said the government has not responded to his church’s request for permission to construct a new building, according to the BBC.

“For 11 months now, we have been seeking permission to construct one church, but it has not been approved,” he told London-based BBC Arabic radio.

Other churches in Sudan are trying without success to obtain permission to construct church buildings, he added.

Christian leaders have also been frustrated in their demand that properties confiscated during the regime of ousted President Omar al-Bashir be returned. Rafaat Sameer Masaad, head of the Evangelical Synod in Sudan and a leader in the Sudan Presbyterian Evangelical Church (SPEC), said confiscated assets include the SPEC’s Evangelical School in Khartoum Bahri (North) and others in Omdurman, across the Nile River from Khartoum, according to BBC Arabic.

Church leaders have sought their return through requests to the Ministry of Religious Affairs.

“Nothing has happened up to this point,” Sameer Masaad told BBC Arabic.

In July the transitional government that took effect in September 2019 decriminalized apostasy, which had been punishable by death, and repealed Islamic-based public flogging as a criminal punishment and Islamic prohibitions against drinking alcohol. Although Sudan has taken some steps to reform laws that violate religious rights, most current statutes are still based on Islamic law, Christian leaders say.

The U.S. Commission on International Religious Freedom (USCIRF), which visited officials in Sudan in February 2020, determined that “the transitional government has ended the former regime’s most egregious forms of religious repression and reaffirmed its commitment to substantive change,” according to its latest report.

Minister of Religious Affairs Nasreddine Mufreh told media in September 2019 that the government would return confiscated properties to Christian churches and that Christians experienced “persecution” and “very bad practices” during the previous administration. He also said he would fight terrorism, extremism and “takfiri” ideology that calls for those who leave Islam to be punished.

Sudan’s Sovereign Council on Dec. 18, 2019 announced the recognition of Christmas on Dec. 25 and Orthodox Christmas on Jan. 7 as public holidays. Prime Minister Abadalla Hamdok ordered a ban on holding examinations in academic institutions on Dec. 25 and Jan. 7 and instructed public institutions to allow Christians to leave work at 10 a.m. on Sundays to attend church.

The new government that was sworn in on Sept. 8, 2019 led by Hamdok, an economist, was tasked with governing during a transition period of 39 months. It faces the challenges of rooting out longstanding corruption and an Islamist “deep state” rooted in Bashir’s 30 years of power.

Many Christians believe the hard-line “deep state” holdovers from Bashir’s reign are impeding any significant change.

Following the secession of South Sudan in 2011, Bashir vowed to adopt a stricter version of sharia and recognize only Islamic culture and the Arabic language. Church leaders said Sudanese authorities demolished or confiscated church buildings and limited Christian literature on the pretext that most Christians have left the country following South Sudan’s secession.

In April 2013, the then-Sudanese Minister of Guidance and Endowments announced that no new licenses would be granted for building new churches in Sudan, citing a decrease in the South Sudanese population. Sudan since 2012 had expelled foreign Christians and bulldozed church buildings. Besides raiding Christian bookstores and arresting Christians, authorities threatened to kill South Sudanese Christians who did not leave or cooperate with them in their effort to find other Christians.

After Bashir was deposed in April 2019, military leaders initially formed a military council to rule the country, but further demonstrations led them to accept a transitional government of civilians and military figures, with a predominantly civilian government to be democratically elected in three years. Christians were expected to have greater voice under the new administration.

In light of advances in religious freedom since Bashir was ousted, the U.S. State Department announced on Dec. 20, 2019 that Sudan had been removed from the list of Countries of Particular Concern (CPC) that engage in or tolerate “systematic, ongoing and egregious violations of religious freedom” and was upgraded to a watch list.

USCIRF notes that Pew Research estimates the Muslim population of Sudan as 90.7 percent, with 5.4 percent of the population Christian.