Dr. Linda Zhao warns: As the CCP forcefully pursues its “Sinicization” policy in 2021—religious freedom in China will further deteriorate 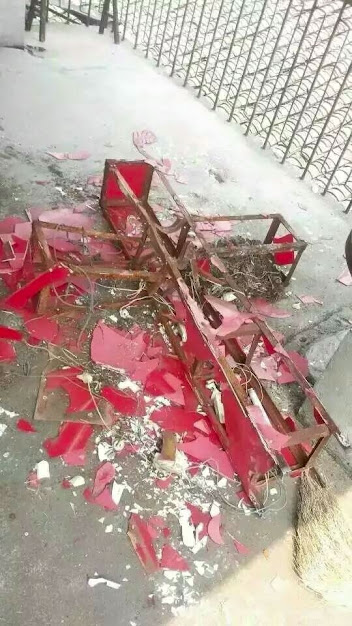 (Opinion—Jan. 07, 2021) In 2021, the state-directed “Sinicization” policy officially inducted into the new Regulations on Religious Affairs released in April 2018 will begin its third year. On the surface, this novel policy appears to put the official seal on the indigenization movement within Chinese churches which started in the late 19th century.

According to an article published on the official website of the National Religious Affairs Administration, the Chinese Communist Party perceives the Sinicization policy as an integral part of the “innovative” socialism theory on religion with Chinese characteristics in the “new era” under the leadership of Party General Secretary Xi Jinping. It involves reconciling the doctrines of all officially recognized religions with the CCP’s core values of socialism and assimilating religions into Chinese traditional culture.

The National Religious Affairs Administration article points out that the fundamental prerequisite for continued recognition of religions in China requires accepting the Party’s leadership. Meanwhile, according to the CCP, religious communities should take the initiative to explore new paths of Sinicization regarding their values, doctrines, and internal management.

Contrary to the indigenization movement, initiated by Western missionaries free of any government interference before the founding of the PR China in 1949, Sinicizing Christianity provides a legal framework for heightened government control of Christian churches as well as religious affairs in China. It provides justification for expanding the campaigns of removal and demolition of crosses and church buildings across China.
Under the CCP’s Sinicization policy, authorities may deny government assistance to Christians living in some rural areas unless they replace Christian posters with the image of Xi in their homes. The imperative of Sinicization also encourages the government’s plan to produce a state-approved revision of the Bible, as well as forcing clergy in government-sanctioned churches to undergo “patriotic” education. It even undergirds more stringent practices that forbid Christian teachings and gatherings at private homes, and parks. This policy further empowers authorities to harass or jail church leaders and shut down hundreds of house churches in the county.
Revealingly, countless evidence points to the objective of the Sinicization policy—nothing less than making the CCP the lord over the Church, and Jesus subservient to Xi Jinping. The CCP's methodology may include threats, coercion, or violence.
At this time, while numerous small-sized independent churches in the country may temporarily remain unscathed, urban house churches are bearing the brunt of the pressure the policy imposes.

Nevertheless, with the Sinicization policy positioned like a sword over the heads of local churches, they will eventually have to take a stance. Will they stay loyal to the Savior Jesus Christ at risk of being shut down? Or for the benefit of continued operation, will these churches shift allegiance to the self-proclaimed savior, the CCP government?
Some of the local churches may resort to self-policing, avoiding Bible teachings at variance with the Sinicization policy. The trend, however, remains clear: The CCP will continue to forcefully pursue its Sinicization policy. In turn, the already shrinking religious freedom in China will further deteriorate in the forthcoming days ahead in 2021.
~ Dr. Linda Zhao


###
For the message of the cross
is foolishness to those who are perishing,
but to us who are being saved
it is the power of God.
~ 1 Corinthians 1:18
China Aid exposes abuses in order to stand in solidarity with the persecuted and promote religious freedom, human rights, and rule of law. If you wish to partner with us in helping those persecuted by the Chinese government, please click the button below to make a charitable donation.