NAIROBI, Kenya (Morning Star News) – Following the conversion of a Muslim imam to Christianity, mosque leaders in eastern Uganda on Dec. 27 incited a group of Muslims to beat a pastor and his wife and demolish parts of their church building, sources said. 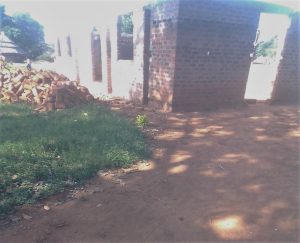 Pastor Moses Nabwana’s wife was hospitalized for five days, and the church leader several days more, after a Muslim mob attacked them in Nankodo Sub-County, Kibuku District as they returned home from a late afternoon church service.

The imam, whose name is withheld for security reasons, put his faith in Christ on Dec. 5 and on Dec 27 joined the church worship in Nankodo Sub-County at about 4 p.m., said Lovisa Naura, the pastor’s wife. The new Christian was given the opportunity to share the journey of how he came to faith in Christ.

“The members were overjoyed and made loud shouts and praises to God, which attracted the nearby Muslims to take note, and at 6 p.m. the announcement in the mosque was made of the apostasy of the imam,” Naura told Morning Star News.

Church members arranged to relocate the now-former imam and his wife, who had put her faith in Christ on Dec. 10, at a safehouse until a more permanent location is determined.

As the pastor and his wife were returning home, eight Muslims attacked them in the Kazigo area at around 7 p.m., Naura said.

“They began by beating my husband, hitting him with sticks and blunt objects on the head, the back, his belly and chest,” Naura told Morning Star News. “I made a loud alarm, and one of the attackers hit me with blows and a stick that affected my chest, back and broke my hand.”

Christian neighbors who heard mention of Pastor Nabwana’s name rushed over, and the assailants fled, Naura said. The couple received treatment at a clinic in nearby Kasasira, and when Pastor Nabwana’s condition worsened the next day, he was the transferred to a hospital in Ngiino, Kumi District, she said.

Naura, mother of eight children (including twins) ages 18 months to 12 years old, said she recognized four of the assailants.

“We are yet to report this horrible incident to the police,” Naura said. “My prayers at the moment are for the quick recovery of my husband.”

The night of the attack, area Muslims demolished the roof, windows, doors and other parts of the church building that has a capacity for 500 people, leaving a heap of broken debris, she said. Chairs, benches, musical instruments, amplifiers and other items were destroyed.

Pastor Nabwana had drawn the attention of the former imam by passing out free face masks to protect against the novel coronavirus. Distributing the masks, the pastor gained many opportunities to talk about Christ with villagers, his wife said.

Naura was also attacked last year after a Muslim identified only as Muhammad damaged a banana plantation, she said.

“That time my husband was away, and I visited the home of Muhammad to try to ask the reason for doing such an evil act,” she told Morning Star News. “He jumped up and kicked me on my stomach and slapped me. I was rushed to a clinic in Tirinyi.”

Since the Dec. 27 attack, she has been referred to Mulago hospital for further treatment but has no money, she said. To date the medical bill has reached 3.5 million Uganda shillings (US$9,417), she said.

“We are requesting for prayers for quick recovery of my husband, money to settle the medical bills and money for rebuilding the demolished church,” Naura said.

A senior pastor of their church said he was shocked by the attack and that he is fearful about possible future violence.

“Please stand with us in prayers and for financial support,” he said.