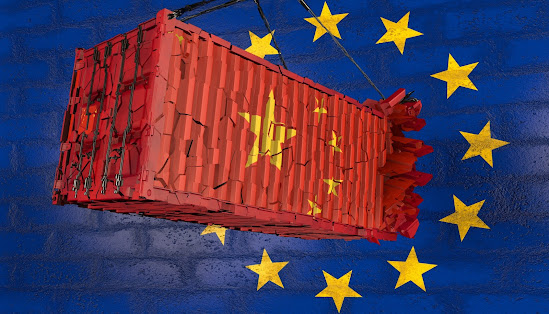 In view of the upcoming Plenary session of the European Parliament, today a coalition of 36 civil society organisations (CSOs) have launched a Joint Appeal to the European Institutions calling for the inclusion of enforceable human rights clauses in the EU-China Comprehensive Agreement on Investment (CAI).

In the letter, the CSOs express “grave concern” at the omission of a human rights clause from the discussion about the agreement and its final text. They state that the omission: “sends a signal that the European Union will push for closer cooperation [with China] regardless of the scale and severity of human rights abuses carried out by the Chinese Communist Party, even when Beijing is in direct and open violation of international treaties and continues to refuse to allow international monitoring of the human rights situation.”

“It is evident therefore the European Union has a Treaty obligation, as well as a moral duty, to stand by its founding principles of democracy, rules of law and the universality of human rights in its negotiations with the People’s Republic of China. This is an obligation not only to the people suffering oppression and gross human rights violations, but also to uphold the international rules-based order.”

They provide the following recommendations:

The EU’s trade and investment policies cannot be detached from the broader framework of upholding and promoting human rights, as the European Commission has sought to affirm recently. The founding treaties of the EU oblige it to design its policies in order to promote and consolidate human rights and the Rule of Law also in its relations with the wider world. Counter to what we have seen during the Christmas Holidays, this Agreement should not be concluded without an urgent transparent and public debate, starting from the European Parliament which has clearly and repeatedly expressed itself on the issue.

The mounting series of evidence of the use of forced labour within the People’s Republic of China, the denial of entry to independent international observers, and growing concerns within the business community on the possibility of effective due diligence procedures to ensure their respect of Corporate Social Responsibility standards are clear indicators of a need to include strong and enforceable provisions in the Agreement, especially as the Sustainable Impact Assessment of November 2017, commissioned by the European Commission, itself testifies to the fact that respect for social, economic and human rights under the Agreement will be largely dependent on the national legal framework of partners.

Only last December, the European Parliament, with an overwhelming majority, reiterated its strong condemnation following new reports on the use of forced labour in its Resolution of 17 December 2020 on forced labour and the situation of the Uyghurs in the Xinjiang Uyghur Autonomous Region. In October 2020, several Members of the European Parliament also raised concerns over a report revealing China's large-scale programme of coercive labour in the Tibet Autonomous Region with already over half a million rural Tibetans forced off their land into military-style training centres.

In this light, the wording to which the People’s Republic of China reportedly would have committed upon the Agreement in principle reached late December with regards to the ratification and implementation of International Labour standards cannot suffice. Its growing disregard for international standards and agreements has been demonstrated once again immediately following the agreement in principle with the EU, with the arrest of over 50 pro-democracy figures in Hong Kong under the National Security Law, imposed in a flagrant violation of the international agreements under the Sino-British Joint Declaration.
###
Open your mouth for the speechless,
In the cause of all who are appointed to die.
Open your mouth, judge righteously,
And plead the cause of the poor and needy.
~ Proverbs 31:8-9 (NKJV)