A Christian man from a Muslim background has been convicted of blasphemy in Arzew, near Oran in northwest Algeria, and sentenced to the maximum punishment of five years in prison.

The man, age 43, was summoned for investigation by police on January 20, and tried the next day, after being accused of “insulting the prophet of Islam” for an incident in 2018 when a cartoon image of Muhammad was shared with him on his Facebook account. He had converted to Christianity in 2001, and is married with four young children. 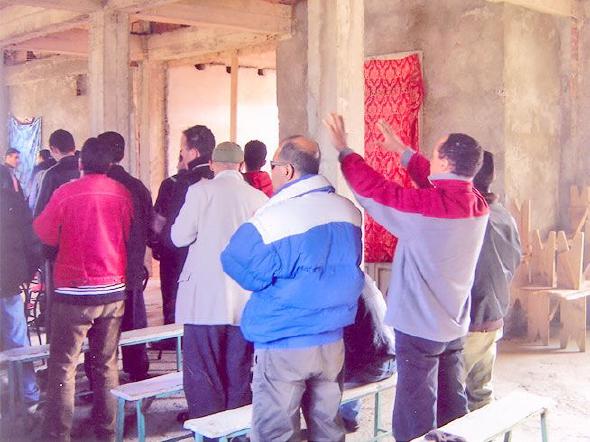 Algeria Christians worshipping. While it is not a criminal offense to convert from Islam, under Algerian law, any action that “incites, constrains or utilizes means of seduction tending to convert a Muslim to another religion” is illegal.

Algerian Christians requested prayer for the man and others convicted of similar charges of blasphemy, including two Christian converts from Islam in the northern Kabylie region who received sentences of six months and three years respectively, along with fines of $375 and $1,900.

Algeria is 99% Muslim with a small but growing Christian population, mainly converts from Islam and their children, estimated to number up to 90,000.