After an announcement in December 2020, the Pakistani government has renewed a commitment to protect minorities and promote religious tolerance with the appointment of a special aide to advise Prime Minister Imran Khan on interreligious matters.

Acknowledging a need to restrain the abuse of “blasphemy” laws and protect all victims of false accusation, as well as Christians and other religious minorities from forced marriage to Muslims and forced conversions, the government has appointed Hafiz Muhammad Tahir Mehmood Ashrafi as Special Assistant to the Prime Minister on Religious Harmony and Middle East.

Ashrafi is a respected Muslim scholar and Chairman of the Pakistan Ulema Council (PUC). Ulema (or Alim, singular) refers to those considered the most authoritative scholars and religious teachers in Islam including theologians, Islamic law interpreters and officials (mufti), Islamic judges (qadis), and professors. 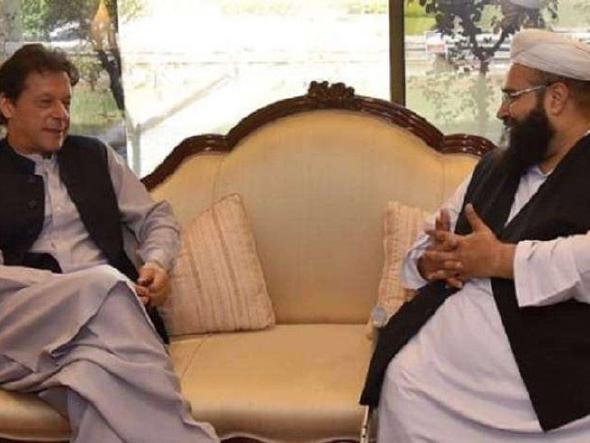 Within the country, Ashrafi encouraged new and open dialogue on issues including terrorism, extremism, corruption and electoral reforms. A national meeting of leaders representing all religions groups within Pakistan is to take place in early March, inviting discussion and ideas that will contribute to improving government policies for minorities.

In a significant statement, Ashrafi affirmed that minorities living in Pakistan are “not second-class citizens” and guaranteed that they will be protected under the rights and privileges enshrined in the constitution of Pakistan.

Christians are often despised by the majority-Muslim population in Pakistan and referred to as “sweepers” or Chuhra as a term of derision. This is partly because most of the Christian population in Pakistan today are descended from “untouchable” people who formed the lowest level of Punjab society and were seen as inferior and “unclean”. Most Christians today in Pakistan are confined to low-paid menial jobs such as street sweeping and latrine cleaning.

Another factor is that Christians and Jews living as minorities under Islam are also deemed to have second-class status in accordance with classical Islamic concept of dhimmi. Dhimmi are considered inferior to Muslims, but are allowed to live and practise their faith so long as they submit themselves to the Islamic authorities and follow a number of demeaning and humiliating regulations including paying jizya, the traditional tax imposed on subjugated Jews and Christians by an Islamic state. This aspect of sharia is not enforced in Pakistan, but the general mindset of Christians being inferior to Muslims is very prevalent.

Grievance helpline set up to report false accusations of “blasphemy”

Pakistan’s notorious “blasphemy” laws are often used to make false accusations in order to settle personal grudges. Christians are especially vulnerable, as merely stating certain Christian beliefs can be construed as “blasphemy” against Islam or insulting to Muhammad, and the lower courts usually favour the testimony of Muslims, in accordance with sharia (Islamic law).

Among Ashrafi’s first tasks was the appointment of a network of Religious Harmony Council Conveners across the country who will work at a local level to promote tolerance between all religious groups. A central coordination centre has also been set up to address the misuse of “blasphemy” laws and any propaganda considered damaging to interreligious tolerance in Pakistan.

According to Ashrafi, there is "no space for forceful conversions and underage forceful marriages in Islam". At a youth conference in Peshawar, Ashrafi stated that complaints of forced marriages and conversions will be “probed case by case”. “Daughters of minorities are as respected and honoured as other daughters of the nation,” said the aide.

Non-Muslim girls and young women in Pakistan are frequently kidnapped and forced to convert to Islam before marrying a Muslim, but the authorities rarely intervene. It has been estimated that every year several hundred Christian girls, as well as a smaller number of Hindu girls, suffer such abuse.