Azerbaijani Soldiers Accused of War Crimes Against Civilians in Nagorno-Karabakh

Armenian civilians from Nagorno-Karabakh have recounted harrowing details of family members killed while held captive by Azerbaijani forces, as well as the torture and abuse that they suffered while in captivity.

Azerbaijani troops began their invasion of Nagorno-Karabakh, an ethnic-Armenian enclave within the Muslim-majority Republic of Azerbaijan, at the end of September 2020. The conflict ended with a tripartite ceasefire agreement in November 2020, with Azerbaijan having taken significant territories which had formerly been held by the Armenian community. 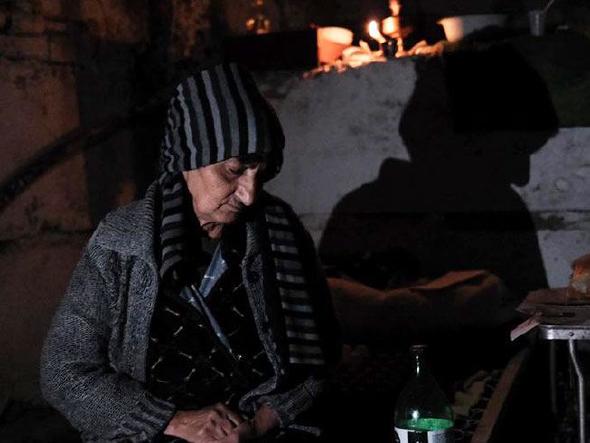 Armenian Christians, including the elderly and children, took shelter in a basement from the fierce Azerbaijani aerial bombardment

Recent reports show that both during the invasion and afterwards Armenian civilian detainees were beaten and degraded, denied food and water, and prevented from accessing medication. Some died after suffering abuse, while others appear to have been intentionally killed.

The alleged actions of Azerbaijan represent violations of the fourth Geneva Convention, the International Covenant on Civil and Political Rights and the European Convention on Human Rights

In one case Arsen Gharakhanyan, 44, is alleged to have been shot dead by Azerbaijani forces on 15 January, more than two months after the ceasefire. His body was discovered in a freshly-dug grave on 18 January. There was little decomposition evident and gunshot wounds through the forehead and chin were clearly visible.

Arsen was captured along with his father Sasha, 71, on 10 October. The following month, a video emerged of Sasha being forced to kiss the Azerbaijani flag and repeat the phrase “Karabakh-Azerbaijan”.

When Sasha was released on 14 December his wrists and ankles bore scars from where he had been tied with wire. His head was badly bruised where a solider had hit him several times with a rifle butt, and x-rays showed that he had also suffered a broken rib and a broken nose.

Arsen, meanwhile, remained in captivity. On 6 January a video emerged of him being forced to say “Karabakh is Azerbaijan”, and two days later another appeared showing him being mocked by Azerbaijani soldiers.

On 13 January, two days before he is thought to have been shot, the government of Armenia and the European Court of Human Rights requested information from Azerbaijan about Arsen. 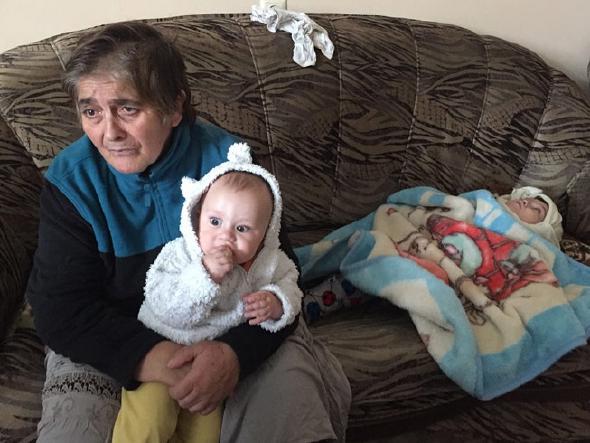 Barnabas provided food and warm clothing for thousands of Christians, especially women, children and the elderly, after they fled the fighting in Nagorno-Karabakh

In another case Eduard Shahkeldyan, a 79-year-old civilian, died while in prison in Baku, the capital of Azerbaijan.

When he and his wife Arega, 71, were first captured on 28 October, she remembers that Eduard was beaten and kicked while soldiers yelled “that he had surely taken part in the war 30 years earlier and this was his punishment for killing Azerbaijani people back then”.

Before being transported to Baku, the couple were held in a shed without adequate facilities or heating. They had not been allowed to take warm clothes with then when they were removed from their home. They were not given any food or water. Eduard was denied medication for asthma, and Arega medication for high blood pressure.

At Baku the couple were held separately for over a month. On the morning of 5 December Arega was told that Eduard had died in his sleep. When she was allowed to view his body it was clear he had been beaten about the face.

A death certificate later issued by Armenian authorities following an autopsy recorded the cause of death as head injury, brain swelling, acute disorder of brain function.

Fears of a new genocide

In December 2020 Azerbaijani soldiers were accused of beheading two elderly men, defiling corpses and desecrating graves during their advance into Nagorno-Karabakh. The exact number of civilians still held captive in Azerbaijan remains unknown but it may be as many as 90.

Armenia’s Representative Office at the European Court of Human Rights has raised the cases of at least 240 alleged prisoners of war (PoWs) and civilian detainees. Other Armenian sources had estimated in January as many as 1450 Armenian people missing, of whom 150 were at that time known to be alive and held prisoner in Azerbaijan.

The UK and many other Western nations appear to be unwilling to hold Azerbaijan to account for these abuses or to facilitate the release of the Armenian detainees.

The conflict and ongoing tensions have raised fears about the pan-regional ambitions of Azerbaijan and Turkey as well as the possibility of a new Armenian genocide.

Azerbaijan has also been accused of inflicting horrifying torture and mistreatment on captured Armenian soldiers held as prisoners of war during and after the conflict.