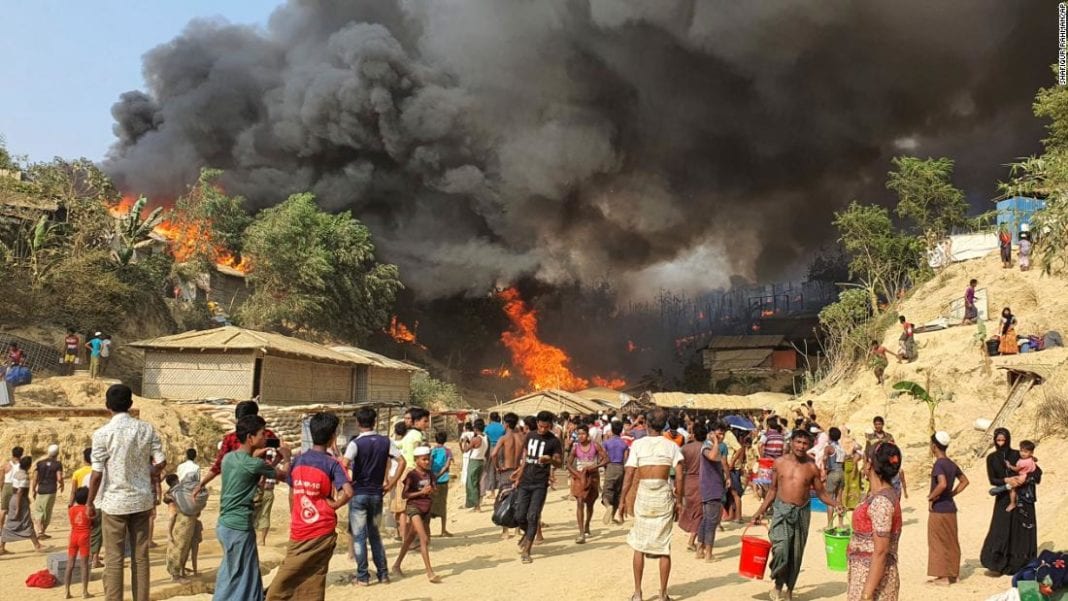 While the area is known for its natural beauty. the question is now: Will there be a better tomorrow for hundreds of thousands of refugees there, including Christians?

The devastating March 22 blaze affected five sections of the world’s biggest refugee settlement, forcing 45,000 people from their bamboo and plastic homes, BosNewsLife learned. Besides those killed, at least hundreds of people were reportedly injured, and tens of thousands are homeless, Christian aid workers explained.

Bangladeshi authorities said they were investigating the cause of the blaze. About 1 million Rohingya refugees live in camps in Cox’s Bazar with little hope of returning to their homes in Buddhist-majority Myanmar from where they fled a military crackdown. Many have been refused citizenship and face persecution.

According to updated United Nations estimates seen by Worthy News, most of the refugees arrived since 2017, including more than 400,000 children. The vast majority of those staying in Cox’s Bazar are Muslim Rohingya refugees, but several hundreds of Rohingya Christians are among them, confirmed Christian aid group, Barnabas Fund.

Those Christians “have suffered much for becoming followers of Christ. The inferno destroyed the flimsy bamboo homes and meager possessions of some of these Christians,” the group told Worthy News in a statement.

“Stirring up the normally peaceful and tolerant Rohingya Muslims to anti-Christian violence and discrimination is an extremist group called the Arakan Rohingya Salvation Army (ARSA),” the well-informed group said.

Rohingya Christians often find they are left out when non-governmental organizations provide humanitarian aid, Barnabas Fund added. “The international aid agencies use Rohingya Muslims to organize aid distribution. Christians receive nothing. The Christians see behind this the influence of the ARSA.”

It added that “the security situation and communications difficulties in the area” cause delays in ascertaining the exact number of Christians affected by the blaze and other difficulties.

Barnabas Fund told BosNewsLife it had been “working discreetly since 2019 to give practical help to the Rohingya Christians in Cox’s Bazar”. It said it would help the Christian families “who lost everything in the fire.”

Besides the recent fire and persecution, Christians also suffer due to the coronavirus pandemic. COVID-19 cases, according to Christian aid workers familiar with the situation, had “a devastating effect on the vast and crowded refugee camp” in Cox’s Bazar.

Barnabas Fund said it was launching a campaign among donors to provide more clothes, food, and new homes for homeless Christians in Cox’s Bazar. In a letter to donors, the group said to “remember the needs of Christians in this appeal in your prayers.”