Churches in Muslim-majority Pakistan are drawing up a programme of Christian religious studies for inclusion in the government’s new single national curriculum.

The syllabus is designed to be taught to Christian students as an alternative to the compulsory subject of Islamiat (Islamic studies). Although Islamiat has been and will remain compulsory in all schools under the new National Education Policy (NEP) due to be introduced in August, for many years Christian students have been given the option of studying ethics instead, a subject which carries the same weight as Islamiat towards their applications to continue in further education. The proposed change is that Christian students will be able to study Christianity instead of ethics as an alternative to Islamic studies. 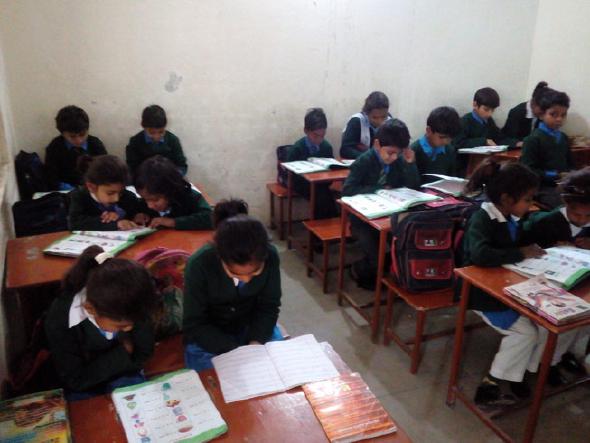 Christian children at one of 124 Pakistani Christian schools supported by Barnabas Fund. Christian children in all schools in Pakistan will be able to take lessons in Christianity as an alternative to Islamiat if the Christian Education Board’s new curriculum is approved

In recent years, there has been a growing demand among religious minorities for non-Muslim students to have their own religious lessons in place of Islamiat.

Following the announcement of the new NEP, the Lahore Diocese Board of Education (LDBE) joined with the Pakistan Catholic and Presbyterian education boards and the Salvation Army to form the Christian Education Board (CEB) to advise the government on the content of the Christian studies.

A senior member of the LDBE said the government team finalising the single curriculum had been “very receptive” to the CEB’s proposals and the board is confident of receiving government approval.

The CEB has also put forward suggested changes to other subjects in the new curriculum, including in modern social studies and modern history to reflect the contribution of Christians in the making of Pakistan.

Hindus and other religious minorities are involved in similar consultations with the government over the NEP, which has been criticised for violating the constitutional rights of religious minorities. Abdul Hameed Nayyar, a nationally renowned educator, raised concerns that compulsory Islamiat studies could drive many non-Muslim primary school pupils to drop out.

According to UNICEF, Pakistan has the world’s second-highest number of out-of-school children, with an estimated 22.8 million children aged 5 to 16 not attending school, representing 44% of the total population in this age group.

Poverty is one of the main causes as it forces children to leave school to start work in often menial jobs to supplement the family income. Christian children are also often deterred by the strongly Islamic environment and anti-Christian hostility in the classroom.

Prime Minister Imran Khan said the introduction of the single curriculum in all Pakistan’s schools, public, private and religious schools, would improve the quality of education and provide equal opportunities to all students. The new curriculum will be phased in over three years, starting with the youngest age group.