A church minister and three other Christians were killed by gunmen in an attack on a church in Benue state, Nigeria.

The men entered a church building in Aye-Tuwar village on the morning of March 30, just as an early morning service was closing. 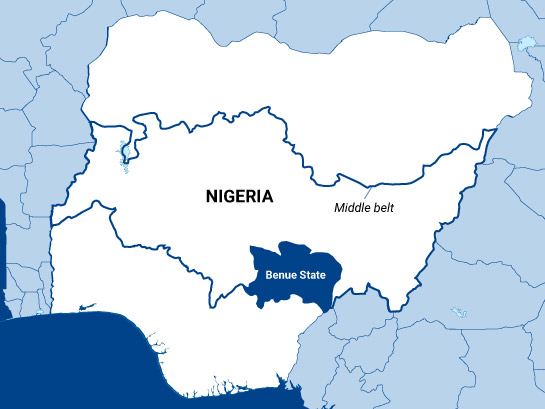 The attackers, who have yet to be identified, also set fire to houses in the village, according to a statement from a local government official.

Benue state lies in Nigeria’s Middle Belt, where at least 240 Christians have been killed in Islamist attacks since the beginning of July 2020.

In March 2021, eight Christians were abducted by bandits in Kaduna state, Nigeria, after their minibus was stopped on the way from Kaduna city to Kafanchan.