Five Out of 39 Nigerian Students Kidnapped From Kaduna College Released

Five out of 39 Nigerian students kidnapped from the Federal College of Forestry Mechanisation in Mando, Kaduna State, in March have been released, the State government announced on 5 April. 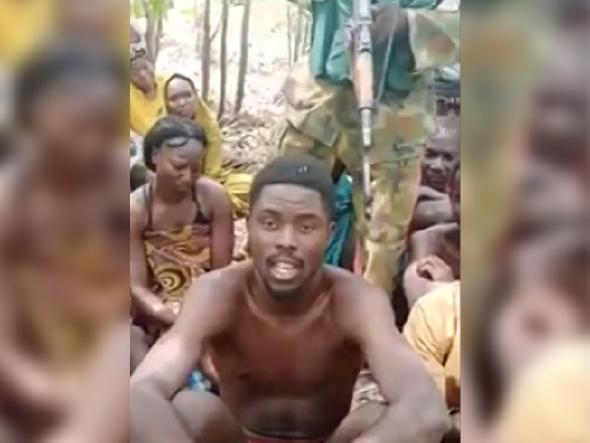 In one of the videos released by the kidnappers, a gunman holding an AK-47 automatic rifle is shown standing behind one of the abducted students

The five students are undergoing medical checks in a military facility, said a statement issued by the State Commissioner for Internal Security and Home Affairs, Samuel Aruwan. No details of their release were given.

The 39 students, most of whom are Christian, were among 219 people abducted by an armed gang in a raid on the college on 11 March. The army rescued 180 of the kidnapped soon afterwards.

Videos later released by the kidnappers showed the 39 students being threatened, beaten and whipped.