Dr Patrick Sookhdeo, International Director of Barnabas Fund, has written to UK Prime Minister Boris Johnson urging him to recognise formally as genocide the murderous anti-Christian violence in the Ottoman Empire a century ago in which 3.75 million Christians died.

Often called the “Armenian Genocide”, this period of organised killings and fatal “death marches”, which peaked in 1915, targeted not only Armenians (1.5 million dead) but also the Assyrian, Syriac and Greek minorities. 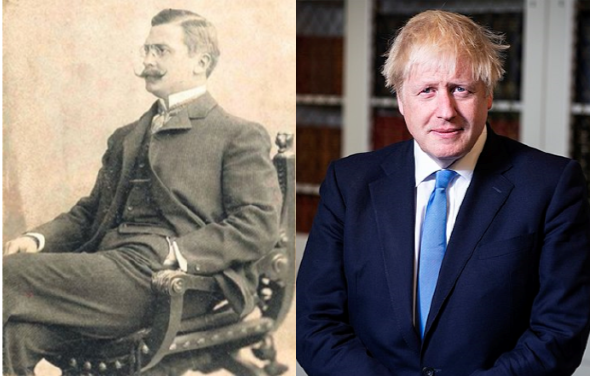 Boris Johnson’s great-grandfather Ali Kemal was a vocal opponent of the Armenian Genocide. His courageous stance may have cost him his own life

Recognising this past genocide of Christians will help to prevent future genocides of Christians, especially Armenians, who are currently under threat.

In the letter Dr Sookhdeo says, “Recognition of the Armenian Genocide is the right and just thing to do, not only for the 1.5 million Armenian victims who died and the 2.25 million Assyrian, Syriac and Greek victims who also died, but also to make clear that a genocide of this nature will not be ignored and should never happen again.”

Dr Sookhdeo also noted the opposition to the genocide of Boris Johnson’s great-grandfather Ali Kemal, a Muslim Turkish journalist who in 1922 was lynched for his perceived disloyalty to the Ottoman Empire.

The letter was delivered to Downing Street on 18 March. Dr Sookhdeo’s plea is supported by the Primate of the Diocese of the Armenian Church in the UK and Ireland Bishop Hovakim Manukyan.

In September 2020 Azerbaijan, supported by Turkey, began an invasion of Nagorno-Karabakh, an ethnic-Armenian enclave within the Muslim-majority Republic of Azerbaijan. The conflict ended with a tripartite ceasefire agreement in November 2020, with Azerbaijan having taken significant territories, which had formerly been held by the Armenian community.

Reports of atrocities committed against ethnic-Armenian civilians and military prisoners of war during and after the Nagorno-Karabakh war have raised fears about the possibility of a new Armenian genocide.