Nine villagers died and a number of houses were destroyed in Makarau on Sunday, July 11, in an assault that began at around 5 p.m. 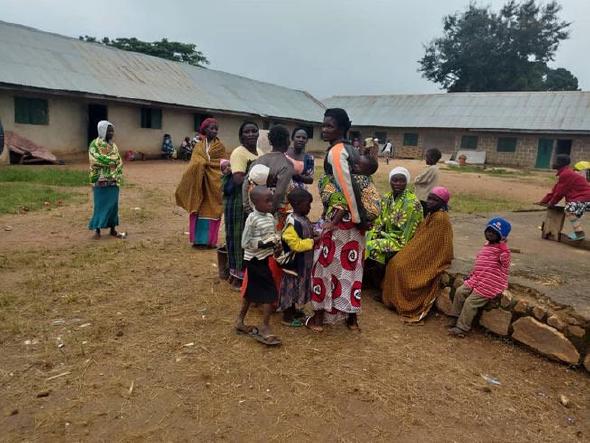 Shocked and distressed Christians gathered in the aftermath of a string of Fulani militant attacks in southern Kaduna State in 2020.

“These attacks are too much for us to bear; no one is safe in our communities,” said a resident. “Nobody can go to his farm now.”

Residents of Warkan were asleep when a large number of gunmen swept into the village at 2 a.m. on July 9, killing nine villagers and razing houses. Many others were injured. “The entire village is in confusion,” said a resident. “The destruction by the suspected Fulani is unbelievable.”

The attacks were condemned by the Congress of Northern Nigeria Christians (CNNC), which called on the country’s President Muhammadu Buhari and State Governor Nasir El-Rufai to protect people from the “incessant killings” and increased kidnappings in the region, including the July 5 abductions of scores of pupils from Bethel Baptist High School.

In a statement, the CNNC said the growing insecurity has made it almost impossible for farmers to go to their farms and for people to go about their daily lives, thereby increasing poverty in the land and making an already bad situation worse.

It added, “We are calling on the good people of Nigeria and the Christian body as a whole to please rise up and pray for God’s intervention to touch the hearts of those that have given themselves to killings, kidnapping, rape, maiming and the destruction of properties to have a rethink and stop.”

Zangon Kataf Local Government Area has been plagued by violence by suspected Fulani extremists. In November 2020, the community leader of a predominantly Christian village was killed alongside his teenage son in Mazaki. At least 33 people were killed in attacks on five Christian communities in August 2020. Only a month earlier, a pastor lamented that “it is as if the lives of Christians no longer matter” after a series of attacks that claimed 32 Christian lives.