(Guiyang, Guizhou Province—July 12, 2021) During the morning of July 8, Yunyan District’s Yanzhong police officers phoned three female Christians from Guiyang Renai Reformed Church and advised them to come to their station for interrogation. Although officials did not reveal any reasons for their summons, nevertheless, they detained the three Christians for more than nine hours.

At approximately 7 pm, Yang Aiqing, imprisoned Elder Zhang Chunlei’s wife delivered dinner for the three detained Renai Reformed Church members. She remained in the police station for more than one hour. Officers did not release the detained female Christians until after 9 pm. Although the reason for the summons remain unknown, some Christians conclude it relates to Elder Zhang’s forthcoming trial, that the summons not only served to threaten other Christians, it also helped the Chinese Communist Party (CCP) collect evidence for charges they have fabricated against Elder Zhang. Regarding the “fraud” charge against him, Elder Zhang told his lawyer: “Receiving an offering conforms to the Holy Bible’s teaching for church. Churches throughout the world do this. I do not think I committed any crime.”

Typically, as before a secret trial against Pastor Wang Yi of Chengdu Early Rain Covenant Church, CCP officials routinely summon Christians associated with the person they detain. Attempting to help strengthen their false accusations against Pastor Wang, CCP authorities threatened several female Christians, trying to convince them to falsely claim they had been Pastor Wang 's lovers. Nevertheless, police failed to find or confirm the false evidence they sought. When Elder Li Yingqiang returned to Chengdu in the fall of 2020, national security agents regularly harassed his family. Several officials later admitted to Elder Li that their investigation found the church’s finances "clean," and that they failed to find any problems. Regarding the CCP's “fraud” charge against him, Elder Zhang told his lawyer: “Receiving an offering conforms to the Holy Bible’s teachings for the church. Churches throughout the world do this. I do not think I committed any crime.” 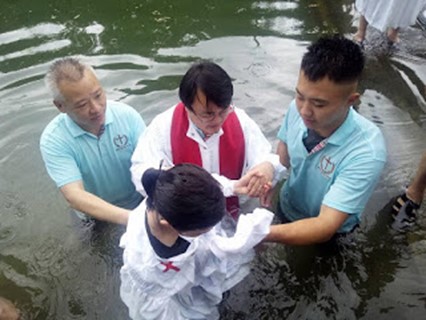 Since being detained on March 16, Elder Zhang has lost his freedom for almost four months. Initially, CCP officials administratively detained him for 11 days. Next, they held him under criminal detention for 37 days. After this criminal detention period ended, authorities charged Elder Zhang with “suspected fraud,” and formally arrested him on May 1. Officials allowed Elder Zhang’s lawyer to meet with him in the detention center twice.On July 3, Ms. Yang posted on social media that detention center officials denied recent requests of Elder Zhang's lawyer to meet with him—four days in a row, on June 29, June 30, July 01, and July 02. Authorities stated the reason for their denials related to Elder Zhang being under arraignment. Currently, the time, date, and other details of Elder Zhang’s forthcoming trial remain unknown.

Imprisoned Elder Zhang Chunlei: "Do not stop gathering with other Christians"

But even if you should suffer for righteousness’ sake,

And do not be afraid of their threats,