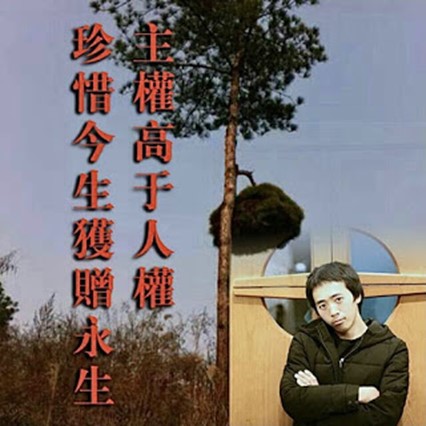 Brother Cheng's 15-day administrative detention sentence links to messages he posted on his WeChat Moments sharing the gospel, and his poem calling the CCP to repent to God.

In recent months, because his mother died when he was a child, and his father suffers from amnesia, Brother Cheng took care of his father in his hometown, Since his detention, Brother Cheng’s older sister commutes a long distance each day to care for their father.

The following poem, “Without Jesus, there would be no Chinese Communist Party,” which Brother Cheng posted on his WeChat Moments on July 7, led to his detention:

Jesus is full of mercy and grace

Although the Chinese Communist Party is wicked

As long as you repent, God will forgive you

Do not turn your face away from God forever

Do not be afraid, CCP

God is your safe haven

Save your feet to run for God

Learn to humble yourself, CCP

Praise Jesus for His greatness

Since the CCP's massive crackdown on Chengdu Early Rain Covenant Church on December 9, 2018, authorities had forced Brother Cheng to attend Xinjin Learning Center, to reportedly “convert” his belief. Afterward, national security agents forced him to move back to his hometown. There, they detained him at a hotel for 48 days for so-called “reinforcement learning.” On November 14, 2019, Brother Cheng and Hao Guiru, also a Christian, rented an apartment with a two-year contract ending on November 13, 2020. Not long after they moved in, however, police officers harassed and threatened their landlord who ultimately evicted them from the apartment. One year later, on December 16, 2020, after Brother Cheng, Brother Hao Guiru, and Pan Fei (also a Christian) had only lived in the apartment for two weeks, their new landlord forced them to move out.

Consequently, as Brother Cheng regularly focused on justice, he became a primary, control target of local national security agents. On May 12, 2020, the 12th anniversary of the Sichuan earthquake, he posted some critical comments about the CCP on WeChat Moments. That evening, several national security agents joined police officers and escorted him from his home in Chengdu.

When members of Chengdu Early Rain Covenant Church contacted Brother Cheng's father, they learned that CCP national security agents had held him under a15-day administrative detention at Tongjiang Detention Center since May 14. On May 17, when Chengdu ERCC members prayed for Brother Cheng, they noted:

Brother Cheng, innocent and honest like a child, focuses on justice and appeals for government officials to repent and accept the gospel. Because of Brother Cheng's Christian belief, local CCP national security agents have repeatedly targeted, harassed, and warned him.... Recently, police have again placed him in detention—not because of committing any crime, but because of the dignity and freedom that CCP authorities have trampled.

"Blessed are those who are persecuted for righteousness’ sake,

For theirs is the kingdom of heaven" Matthew 5:10).

We pray God leads Brother Cheng out of the prison at the earliest time.

We pray that God heals his father’s illness,

and comforts his family members

who are fearful of what might happen to Brother Cheng.

Let your conduct be without covetousness;

For He Himself [Jesus] has said,

“I will never leave you nor forsake you.”

So we may boldly say:

“The Lord is my helper;

I will not fear.