Group joins forces with Islamists in Pakistan who regard it as heretical.

LAHORE, Pakistan (Morning Star News) –  Blasphemy charges against a Christian preacher in Pakistan were filed not with help from members of the Ahmadiyya religion but only by Islamic extremists, sources said. A source in the Jamaat-e-Ahmadiyya Pakistan said the complainant in the case, Shiraz Farooqi, was not a member of the Ahmadiyya, a religion with roots in Islam but regarded as heretical by Muslims. As Ahmadis are often victims of persecution, they would never consider helping Muslims persecute others, he said. 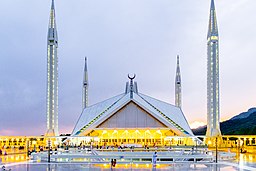 Hafiz Ihtesham Ahmed, general secretary of the Islamist group that filed blasphemy charges against Christian preacher Shagufta Kiran, confirmed that Farooqi is a member of the group, the Tehreek Tahaffuz-i-Namoos-Risalat (Movement for Protection of Finality of Prophethood).

Ahmed also said the person who supplied screenshots of text messages as evidence was not an Ahmadi. He said admins for the WhatsApp group where Kiran allegedly forwarded the comments invited members of the Tehreek tahaffuz-i-Namoos-Risalat to monitor the social media group’s conversations.

The members of the Islamic extremist group did not engage in the discussions but were apparently present only to gather evidence for a blasphemy case against Kiran.

Ahmed said the group filed the case with Pakistan’s Federal Investigation Agency (FIA) in September 2020 after receiving the screenshots of text messages by others that were allegedly forwarded by Kiran, a 35-year-old Christian preacher in Islamabad.

A source close to Kiran had claimed that the complainant in the case, Farooqi, was an Ahmadi.

Kiran has been jailed and her family is in hiding after she was charged with insulting Islam and its prophet. She has been in jail since FIA agents raided her house on July 29 in the Iqbal Town area of Islamabad and took her and her sons, 10 and 12 years old, into custody, a source said.

The boys were soon released, said her husband, who was not at home at the time of the raid. Kiran is now in Central Jail Adiala, Rawalpindi, while her sons and husband have gone into hiding due to security threats surrounding the blasphemy charges against Kiran.

“It was around 4 a.m. when the officers besieged the house,” said a source who requested anonymity for security reasons. “Kiran pleaded with them not to arrest her sons, but the officers paid no heed.”

Kiran was accused of forwarding blasphemous content in a WhatsApp group of preachers and defenders of various religions, according to the complainant in the First Information Report (FIR), Farooqi. She was charged with insulting Islam (Section 295-A of Pakistan’s blasphemy statutes, punishable by up to 10 years in prison), insulting Muhammad (295-C, carrying the death penalty), wounding religious feelings (298), derogatory remarks about Muhammad (298-A) and abetment (109).

Ahmed of the Tehreek Tahaffuz-i-Namoos-Risalat declined to reveal the source who provided the texts, saying the messages alone were enough to bring charges against Kiran.

“Rather than taking the law into our hand, we have followed the legal way,” Ahmed told Morning Star News. “We want a court to convict and sentence her.”

Kiran, formerly a nurse, had joined several interfaith WhatsApp groups where she preached and defended her Christian faith. One such group, Pure Discussions, was administered by the complainant, Farooqi, Muhammad Ameer Faisal of India and Muhammad Jaleel of Canada.

A Morning Star News reporter has heard audio clips from the group that reveal heated discussions between the admins and Kiran in which they threatened her repeatedly with “serious consequences” while attacking her Christian faith. In response, Kiran accused them of trying to blackmail her with threats of baseless blasphemy charges.

False Cases
Numerous blasphemy cases have been filed in Pakistan, with some resulting in death sentences for the accused either inside the courtroom or extra-judicially by Islamist vigilantes.

Moreover, with the emergence of social media and new cyber laws, online blasphemy accusations and campaigns in Pakistan have multiplied, with accusers able to target anyone with near total impunity. Church officials and human rights groups say blasphemy allegations are frequently used to settle personal scores.

A Senate Special Committee on Human Rights and the Islamabad High Court in 2018 recommended that those making false blasphemy accusations be given the same punishments as those for blasphemy convictions, but the government dismissed the recommendation. The recommendation also stated that anyone registering a blasphemy case at a police station must bring two witnesses.

While punishment for blasphemy ranges from several years in prison to death in Pakistan, a person making a false accusation faces potential punishment of only six months in prison or a fine of 1,000 rupees (US$6). Successive governments have acknowledged that the blasphemy laws are blatantly misused, but little effort has been made to stop the abuses.

Rights activists say it’s unlikely that any government will move to repeal or amend the blasphemy laws due to fierce Islamist sentiments in the Muslim-majority country. They say Pakistani authorities must be urged to immediately implement effective procedural and institutional safeguards at the investigative, prosecutorial and judicial levels to prevent abuse of these laws.

At least 35 people in prison in 2020 received death sentences for blasphemy, compared with 29 the previous year, according to the U.S. State Department’s 2020 International Religious Freedom Report.