Assailant poses as pastor seeking to help the persecuted. 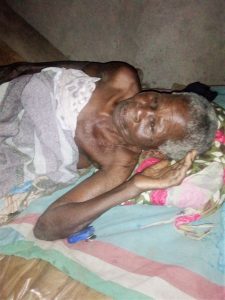 Harriet Namuganza had given refuge to two Christian young men, 18- and 22-year-old converts from Islam, at her four-bedroom home in Iganga, Iganga District when the older one received a phone call on Aug. 4 from someone who introduced himself as a pastor who assists persecuted Christians.

The convert, unnamed for security reasons, said the caller sent 30,000 shillings, the equivalent of about US$8.50, to his phone as part of the support.

“He called again informing of his plans to visit us,” he told Morning Star News.

On Sept. 8 at about 10 p.m., a person who said he was the pastor who had offered to help knocked on the door, the Christian said.

“When he mentioned that he was a pastor, we opened only to see several men outside,” the Christian said. “We rushed into one of the rooms and hid ourselves on top of the ceiling. The attackers could not find us and landed on our spiritual grandmother, saying, ‘Let us kill her.’ Another said she was too old.”

Namuganza pleaded with them to spare her, saying she was of advanced age, he said.

“One assailant started beating and kicking her as she screamed for help,” he told Morning Star News. “Another said, ‘Let us leave her – we’ll come back to look for the boys who mysteriously escaped.’”

After the attackers left, the two young men came down from the ceiling, he said.

“When we realized that the assailants had gone, we then locked the door and made calls to friends who arrived immediately, and our spiritual grandmother was rushed to a nearby clinic for treatment,” said the younger convert.

Namuganza received medical treatment for back, rib and chest injuries, and on Tuesday (Sept. 21) she was sent to a larger hospital in Iganga for further care, an area source said.

She and her husband converted to Christianity in 2010 at an evangelistic event in Iganga town. Her family since then has supported church workers and offered refuge to converts from Islam ostracized and/or attacked for following Christ, the source said.

Namuganza had taken the two young men into her home on May 20 after receiving a request a week before from a local pastor. He had said relatives of the two young men were trying to track them down to punish them for leaving Islam.

“The boys were very helpful to me and lived with them in my house of four bedrooms,” said Namuganza, adding that five of her eight children have died.

The area pastor reported the assault to the local council, and after Namuganza’s condition improves, he will discuss with her and the local chairperson whether to file a case with police, sources said.

The pastor has relocated the two converts to another location.