The Australian Egyptian Forum Council has become the latest organisation to urge the Australian government to recognise the Armenian Genocide.

The council, which represents the interests of the Australian-Egyptian community in New South Wales, said that “as a nation that upholds the values of human rights and justice” Australia should officially acknowledge the slaughter of a century ago.

Council president Amir Salem stated in a letter to Prime Minister Scott Morrison, “Accurate characterisation of the events as genocide will ensure the healing of open wounds for current and future generations of Armenian-Australians living with this trauma.” 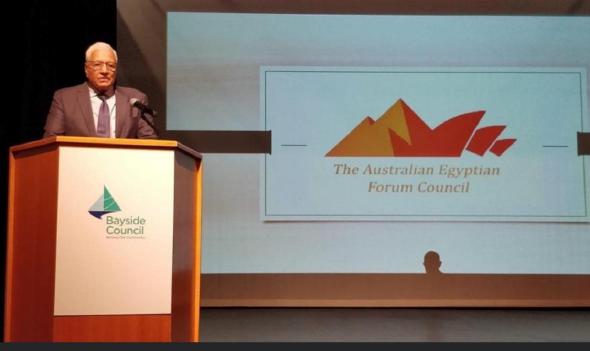 Referring to the connection between Armenian survivors and Egypt, Salem added, “Egypt was a safe haven for many Armenians seeking refuge from the atrocities they experienced under the Ottoman Empire.”

Between 1893 and 1923, some 1.5 million Armenians were killed in the Ottoman Empire in a policy of extermination of Christian minorities. In addition, some 2.25 million Assyrian, Greek and Syriac Christians were also killed within Ottoman territories between 1914 and 1923, making a total of 3.75 million Christians killed.

In June 2021 the Arab Council of Australia, representing Australians from 22 Middle Eastern countries, added its voice to calls for the genocide to be formally recognised, saying it would afford victims dignity.

The Australian-Jewish community also stepped up pressure on the governments of Australia and Israel. Jeremy Leibler, president of the Zionist Federation of Australia, stated, “It is our moral duty as Jews and as supporters of Israel to be tellers of truth in matters such as these.”

On Armenian Remembrance Day, 24 April, this year, US President Joe Biden became the first president of the United States to officially recognise the genocide and warned of the need to prevent such violence from happening again.

Dr Patrick Sookhdeo, International Director of Barnabas Fund, wrote to President Biden and UK Prime Minister Boris Johnson earlier this year urging them to make this recognition, and called on countries such as Australia, New Zealand and Israel to follow suit.

Barnabas Fund’s petition calling for recognition of the slaughter, which was signed by 14,572 people, has recently been delivered to the governments of the UK, Australia and New Zealand.