Four others slain in attacks in Kogi state.

JOS, Nigeria (Morning Star News) – A kidnapped Christian in Kogi state, Nigeria was killed in a rescue operation on Saturday (Oct. 2), the same day three other Christians were killed in another attack in the state, sources said. 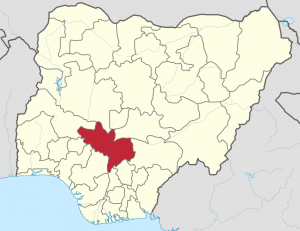 Julius Oshadumo, 78 years old and one of three Christians kidnapped on Sept. 19 from their Evangelical Church Winning All church in Okedayo-Kabba, on the outskirts of Kabba, died when Nigerian security forces stormed the enclave of the Fulani herdsmen who abducted them, area sources said.

One of the abducted Christians sustained gunshot wounds and was rescued by security forces; he is receiving hospital treatment, according to William Aya, police spokesman in Kogi State. The other Christian, unidentified, remains in captivity, according to police.

In the Sept. 19 attack, church member Reuben Gbenga, 45, was shot dead, and Oshadumo’s wife was seriously wounded, said church pastor Matthew Atayi, who sustained a minor injury. Pastor Atayi said he was leading the service when the armed herdsmen forced their way into the church building and began to shoot.

“There were six armed herdsmen who stormed the church while I was conducting the call to worship, and they were shooting randomly,” Pastor Atayi said in a text message to Morning Star News. “They disrupted the worship service as members of the church scampered to escape.”

He fled alongside other church members, he said.

“One of the gunmen chased after me and was shooting at me,” Pastor Atayi said. “Miraculously, I escaped with no serious injuries. I only returned after the gunmen had retreated from my church.”

Upon returning, he found Oshadumo’s wife “had grave gunshots wounds and was bleeding,” Atayi said. She is still receiving hospital treatment.

The kidnappers had demanded a ransom of 10 million naira (US$24,315) for Oshadumo’s release, but his family said they could raise only 2 million naira (US$4,863), and the herdsmen rejected the offer and opted to keep him captive, according to his wife.

“The three Christians were murdered at about 1 a.m. when the herdsmen attacked our community,” Samuel said in a text message to Morning Star News. “The two brothers killed by the herdsmen are my cousins, while the third victim killed is our neighbor, Matthew Ojedumu.”

Samuel said the herdsmen have demanded Alabi’s family pay a ransom of 20 million naira (US$48,629) or he would be killed.

Police spokesmen Aya confirmed the attacks on the church and the kidnappings and said reports of the killing of the three Christians in Okene are under investigation.