(ChinaAid—October 7, 2021) In "State of the Bible 2021: Five Key Findings," a May post by Barna Group, John Farquhar Plake, Ph.D., said, “The state of the nation and the state of the Bible in the nation are inextricably linked.” Each year in the United States, the Bible, America’s best-selling book, outpaces the top 20 best sellers combined. Research by the American Bible Society regarding the Bible reveals the following story of millions of Americans and their life journey relating with the Bible/God’s word:

2. Women’s Scripture engagement rebounded after a difficult summer of 2020.

In the article, "China’s Threat to the Bible," Nina Shea reports that one Chinese company claims a near monopoly for Bible printing. She stresses that a rupture in the supply chain, for example from United States or Chinese Communist Party (CCP) policies, would foster a Bible shortage in America. Ms. Shea stressed that if the CCP implemented this policy, it would pose a serious threat to American Christians’ fundamental religious liberty rights and to national security. Currently in China, policies CCP authorities routinely practice resound messages depicted in the titles of articles posted online:

China To Christians: We're Rewriting The Bible, and You'll Use It or Else

China fines church for owning ‘wrong’ version of the Bible

In 2019, Caleb Parke noted that according to a Chinese persecution watchdog, China continues cracking down on Christianity and other religions as part of a CCP "policy" to "eradicate" so-called "pornography and illegal publications." Marco Respinti, an Italian professional journalist, told Fox News that the CCP uses "very tricky, subtle cultural warfare" to combat the church in China. He added:

Sometimes the CCP says you're allowed to have religious materials in the state-controlled church, but then they stop people, so it's contradictory. They are trying to control all of culture, and religion is a huge part of people's culture. So they're trying not only to stop people's public expression of religion but they are also trying to go into personal things -- beliefs -- they are trying to indoctrinate people through these bannings of religious materials.

In the comment segment for this article, NorBlu noted:

I've been to China. Distributed Bibles (not to strangers on street corners but to members of state-sanctioned churches who had officially requested them.) Even then, it was a scary proposition. Today, much more so. 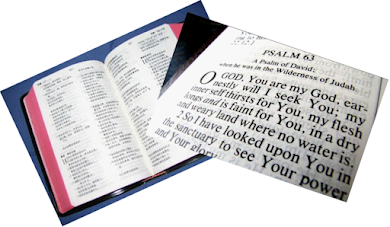 is a lamp to my feet