Ahmed Shaheed, the United Nations Special Rapporteur (investigator) on freedom of religion or belief, has raised concerns about the growth of Islamophobia, arguing that since the 9/11 terrorist attacks, suspicion of Muslims “has escalated to epidemic proportions.”

Shaheed raised these concerns in a “Report on Countering Islamophobia/Anti-Muslim Hatred” presented to the UN Human Rights Council this spring.

The report, however, maintains that “criticism of the ideas, leaders, symbols or practices of Islam” is not in of itself Islamophobia, and that “international human rights law protects individuals, not religions.” 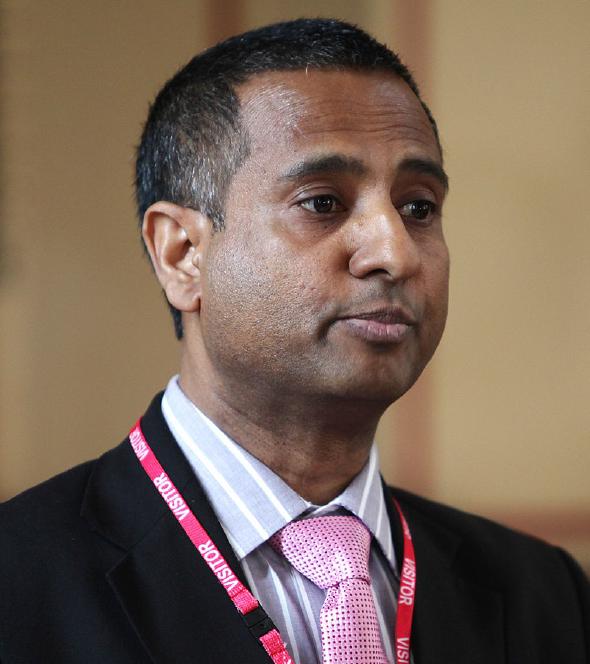 Ahmed Shaheed, the UN Special Rapporteur on freedom of religion or belief, likened Islamophobia to an “epidemic,” but drew a distinction between anti-Muslim hatred and legitimate criticism of Islam.

Shaheed, a former foreign minister in the Maldives, argued that there is “collective blame cast on Muslims for terrorist acts purportedly carried out in the name of Islam, alongside Islamophobic attitudes that draw on negative overgeneralisations about Islam.”

He further argues that there are viewpoints “which depict [Muslims] as threatening and [center] on constructions of irreconcilable cultural difference between Muslims and the values of majority populations.”

These, suggest Shaheed, “have [fueled] acts of discrimination, hostility and violence against Muslim individuals and communities.

“I strongly encourage states to take all necessary measures to combat direct and indirect forms of discrimination against Muslims and prohibit any advocacy of religious hatred that constitutes incitement to violence,” he added.

A report on Anti-Muslim Hatred and Discrimination submitted to the Special Rapporteur by the United Kingdom’s Islamic Human Rights Committee (IHRC) in November 2020 set out some suggestions of what measures the IHRC believe would be necessary.

These include countries enshrining the recognition of “dual and even multiple identities” for their citizens by, for example, introducing “the office of an independent Mufti or council of ulema, which would … facilitate the teaching of traditional Islamic values [practiced] for many centuries.”

IHRC also suggests the introduction of “an Islamic curriculum that will teach traditional Islamic norms, which will be taught alongside the mainstream curriculum as part of allowing dual space for citizens, to realize their rights to religious and cultural expression.”

Nevertheless, the IHRC submission links Islamophobia to racism affecting Muslim individuals rather than to critique of Islam as a religion.

Shaheed’s concession that criticism of Islam does not constitute Islamophobia unless accompanied by “hatred” of Muslims as individuals seems to offer some protection for those who would comment on Islamic teaching or practices.

Shaheed explained in a statement to the U.N. Human Rights Council, “My report does not deny that fundamentalists and politicians alike exploit the charge of ‘Islamophobia’ to punish legitimate criticism of Islamic practices and beliefs or even to encourage sympathy for terrorism.”

“Others,” he added, “have responded to Islamophobia with ill-advised campaigns to criminalize expression that is deemed ‘blasphemous’.” 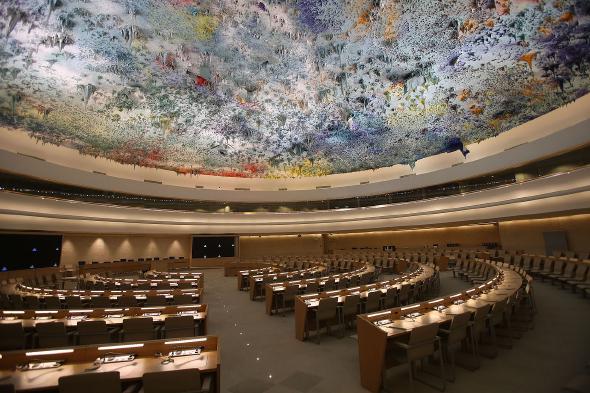 The Human Rights and Alliance of Civilizations Room at the Palace of Nations in Geneva, Switzerland, is the meeting room of the UN Human Rights Council.

In Dawa: The Islamic Strategy for Reshaping the Modern World (2014), Barnabas Aid International Director Dr. Patrick Sookhdeo notes that since 1999, countries affiliated to the Organization of Islamic Cooperation (OIC) have successfully passed U.N. resolutions on religious defamation aimed at protecting Islam from criticism .

Sookhdeo argues, “These in effect tend to protect, strengthen and support Islamist terrorism and its sources of finance. Banning speech critical of radical Islam and Islamist terrorism is a step [toward legitimizing] violence committed in the name of Islam.”

Since 2011, however, the U.N. has shifted the focus from defamation of religions to discrimination against “persons based on their religion or belief,” suggesting, argues Sookhdeo, “that other nations had begun to realize the agenda behind the OIC’s concern with ‘religious defamation’ and were keen to protect free speech.”