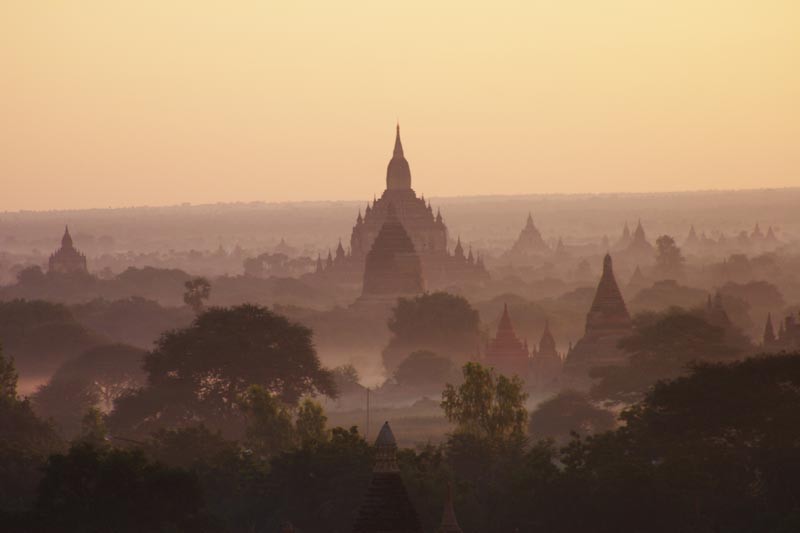 The legislation authorizes targeted sanctions against those who helped stage the February 1 coup and who, in the months since, have repressed human rights. The Burmese military, or Tatmadaw, has engaged in serious human rights abuses for decades, including against the country’s ethnic and religious minorities. In the months since the coup, the Tatmadaw has killed more than 1,100 civilians and imprisoned over 7,000 more.

In addition, the bill creates a legal framework to support the pro-democracy movement in Myanmar. This includes the authorization to prohibit the import of precious gems from Burma to the U.S. and the creation of a new position at the Department of State to coordinate U.S. and international efforts on Burma.

On the humanitarian front, the bill authorizes support for civil society and humanitarian efforts in Myanmar, Bangladesh, Thailand, “and the surrounding region” where a severe humanitarian crisis is developing as the Tatmadaw displaces hundreds of thousands of Burmese from their homes. Some analysts pointed out that this language does not specifically include language supporting efforts in Malaysia and India, which are currently housing hundreds of thousands of refugees.

The bill also pressures the Department of State to determine whether the Tatmadaw’s campaign against the Muslim-majority Rohingya population constitutes a genocide, as the UN and many private human rights watchdogs have claimed.

“The United States must do more to support and protect the Burmese people and send a clear signal to the Burmese military,” said Meeks, who chairs the House Foreign Affairs Committee and introduced the bill in the House. Cardin, who introduced a companion bill in the Senate, agreed, saying that “the United States must not be indifferent to Burma’s fate… We stand in solidarity with the people of Burma and condemn the violence that has been perpetrated against them.”

H.R.5497 in the House and S.2937 in the Senate, the bill is known as the Burma Unified through Rigorous Military Accountability (BURMA) Act of 2021. Burma is an alternative name for Myanmar.

Human rights watchdogs and minority advocacy groups praised the legislation. “As the Tatmadaw continues its campaign of violence against its own people, the BURMA Act shows that the international community has not forgotten its commitment to the people of Myanmar,” said Zo Tum Hmung, Executive Director of the Chin Association of Maryland, an advocacy group. “We appreciate Congressman Meeks and Senator Cardin’s efforts on this issue and hope that it passes quickly with broad bipartisan support.”

ICC and the Chin Association of Maryland have worked together for the past several weeks, conducting meetings on Capitol Hill to raise support for the bill.

“The international community must push back vigorously against the Tatmadaw,” said Jay Church, ICC’s Advocacy Manager for Southeast Asia. “As the Tatmadaw fights for recognition on the international stage, bills like the BURMA Act help to remind the world of the Tatmadaw’s true nature. It has engaged in a decades-long campaign to eradicate ethnic and religious minority communities from the country. It must be stopped before it is able to do more damage.”

HOW TO PRAY: Pray for protection for religious minorities from the Tatmadaw. Pray for this legislation to lead to improved human rights. Pray for the Gospel to spread throughout Myanmar.