The government of Karnataka, India, has launched an investigation into Christian activity within the state in an attempt to prevent allegedly forced conversions to Christianity.

The state’s legislative committee on Backward Classes and Minorities Welfare on 13 October ordered a detailed investigation into all churches, Christian leaders and missionaries in Karnataka, a move that has provoked strong opposition from the Christian community.

According to the 2011 census, Christians comprise just under two per cent of the state’s population. 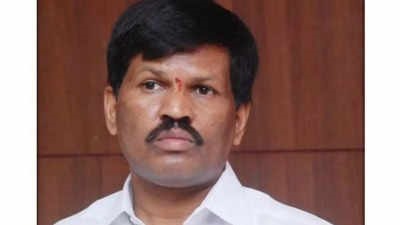 Gulihatti D. Shekhar asked local authorities in Karnataka to report on all churches and their activities [Image credit: Times of India]

Bharatiya Janata Party (BJP) legislator Gulihatti D. Shekhar, who chaired the meeting at which the decision was taken, said that 40 per cent of churches in Karnataka were not officially recognised.

Rizwa Arshad was among opposition members of the Karnataka Legislative Assembly condemning the lack of consultation in making the decision. He said that the committee’s role of protecting the rights of minorities had been replaced by one of surveillance.

Local church leader Peter Machado expressed sadness that Chief Minister Basavaraj Bommai, “a broad-minded and enlightened person, succumbs to the pressures from fundamentalist groups, who wish to indulge in disturbing the peace, harmony and peaceful co-existence in the society”.

Bommai confirmed last month that the state government intends to introduce a new anti-conversion law. If such a law is passed, Karnataka would be the tenth Indian state to criminalise conversions carried out through force, fraud or allurement.

Such moves add to “the already difficult situation that Christians experience in Karnataka, which is ruled by the BJP”, said Sajan K. George, president of the Global Council of Indian Christians, referring to the interruption of numerous worship services in recent months and fabricated accusations of conversion activities.

In September a group of radical Hindutva nationalists disrupted a prayer meeting at a church in the town of Karkala, Udupi district, Karnataka, alleging that the pastor was conducting unlawful conversions.