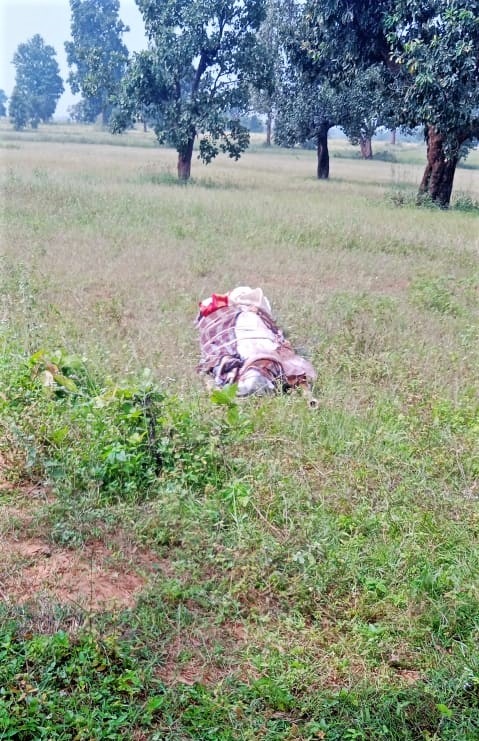 Laxman Markam had been dead for two days when about 50 residents of different villages armed with axes and wooden clubs on Oct. 29 forced his Christian widow and brothers to exhume his body in Gumadpal village, in Chhattisgarh state’s Bastar District, said Methodist Church pastor Samson Baghel.

“They demanded Laxman’s corpse be exhumed,” Pastor Baghel told Morning Star News. “When the family asked the crowd as to where should they bury Laxman then, the crowd told them to take it wherever they wanted, but that they would not let a Christian remain buried in the village.”

The deceased’s brother, Sitaram Markam, said villagers claimed that ownership of the land where he was buried was disputed.

After more rancorous objection and threats, the Christians were forced to exhume Markam’s body, and the villagers demanded that it be taken to Pastor Baghel’s village for burial 15 miles away.

Laxman’s corpse lay exhumed on the private land for hours before police arrived, the pastor said. When officers arrived, they made the Christians dig up the same grave, which had been filled with mud, and bury the body there.

The confrontation followed initial clamor the day Laxman died. Upon his death from Malaria the morning of Oct. 27, villagers told the family the site allotted for last rites was for Hindus only; animism and Hinduism are often conflated in the minds of animists due to the influence of Hindu extremists.

The parties met all day without reaching an agreement about burial, Sitaram Markam said.

“The next morning [Oct. 28], the village elders met again and concluded that they will not let us bury Laxman at the place assigned to the village for committing the dead, so they asked us to bury him on our own piece of private land,” Markam said. “So, we did.”

The Christians then decided to hold the burial ceremony on a piece of land belonging to one of Markam’s relatives, also a Christian, only to have the villagers object to that site the next day (Oct. 29) and force them to exhume the body.

Christians Threatened
After the reburial of the exhumed body, the executive magistrate of the administrative area and police brought the villagers, elders and Christians together for talks.

The authorities surveyed the village and formally assigned land next to the village crematorium for Christian burials late in the evening of Oct. 29, Sitaram Markam said.

After police left, Hindu villagers decided that they will not allow Pastor Baghel to enter the village again and issued threats to the Christians, the pastor said.

“The villagers threatened the Christians that if they continue to follow the Christian faith, they will cause much trouble for them, forcing them to flee from the village,” Pastor Baghel told Morning Star News.

He has visited the village twice but has not conducted a Sunday service since then, he said.

“I went to the village on Nov. 6, but the Christians told me that the villagers have issued threats and it is not safe for me to go to the village,” he said. “So I did not conduct worship services for the past four Sundays since then.”

There are nine Christian families in Gumadpal village. Head of a church in Mandwa 15 miles away, Pastor Baghel began outreach to Gumadpal about 15 years ago, resulting in nine families putting their faith in Christ.

Laxman Markam, his brothers and their families converted to Christianity three years ago after Laxman was healed of a prolonged illness marked by acute chest pain, his brother said.

“We worshipped idols, and one day Laxman said that he was tired of trying to please the idols with no results,” Sitaram Markam said. “He shared with us about a church that he had heard from his friend. We all decided to try it out. Laxman received complete healing, and since then we did not look back.”

Laxman Markam, a day laborer who also helped his family work their land, is survived by his wife, Mangli, 20.

“The Hindu extremists in a small group of about 20 to 30 come into a village, meet the elders and influential people and arrange a large-scale meeting,” he said. “Four or five neighboring villages are invited for this meeting, and their minds are then polarized by feeding them the Hindutva [Hindu nationalist] propaganda and anti-Christian rhetoric.”

The Hindu extremists also meet other authorities in the region, such as the head of a given village or block, and gain their support, he said.

“They then call each Christian family in the area one-by-one and pressure them to abandon their faith,” Pastor Baghel said. “They threaten them with dire consequences. Many families are chased out of their villages and properties for not complying.”

The pastor said that eight families were driven from their village in early October and were forced to take shelter in the jungles before he took them into his home. The families stayed in his house for more than two weeks.

“There are still three families who are out of their homes,” he said. “Two families are living with me, and one in Jagdalpur. They are unable to return to their homes, for the villagers are not letting them even after the authorities have ordered them to do so in writing.”

Several cases of persecution of Christians have been reported from Dantewada, Surguja and Bastar districts, he said.

Hindu nationalist groups such as the Vanvasi Kalyan Ashram, backed by the Rashtriya Swayamsevak Sangh, have long spread their influence in tribal areas of India, including Bastar District, declaring tribal animists to be Hindus. These groups work against the Christian presence in tribal areas, thus causing many conflicts in tribal society.

India ranked 10th on Christian support organization Open Doors’ 2021 World Watch List of the countries where it is most difficult to be a Christian, as it was in 2020. The country was 31st in 2013, but its position worsened after Modi came to power.