Christmas Violence Against Christians Around the World

Many extremists see Christmas as a prime opportunity to attack Christians celebrating the birth of Christ.

The Christmas period is a time when Christians gather together in large numbers for church services and other celebrations, inadvertently making themselves a target for terrorist attacks and other violence.

Additionally, some religious extremists will see Christmas and other Christian festivals as the ideal time to strike a blow against Christians.

In some countries, such as Indonesia, extra security personnel are allocated to churches and other Christian sites. The attacks described here represent only those known to us.

The charred bodies of at least 35 civilians shot by Myanmar Army troops were found in a Kayah State village, eastern Myanmar on Christmas Day.

The remains, including a child, were discovered near the village of Mo So, Hpruso Township, a predominantly Christian area within Buddhist-majority Myanmar.

Analysis conducted on 31 of the bodies suggested that the villagers were shot before being burned on Christmas Eve. At least four bodies were too badly burned for investigations to be carried out. 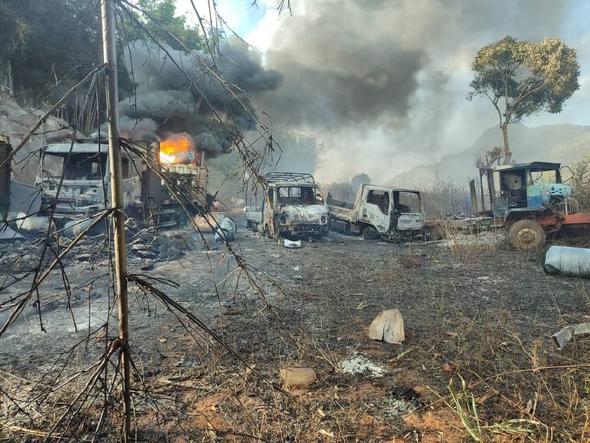 The bodies were found on 13 burned vehicles, including five motorbikes and several trucks and cars. A funeral for 33 of the victims was held on December 29.

United Kingdom-based charity Save the Children announced that two of its staff were among those shot and burned. A statement from the charity, which has suspended its operations in the region, explained, “The military forced people from their cars, arrested some, killed many and burnt the bodies.”

A Kayah church leader said that the usual Christmas celebrations had been muted due to the massacre. “We all had tears in our eyes. We couldn’t say Merry Christmas anymore. Christmas was very dark for us … The presence of the burned bodies was there around us.”

Banyar Khun Aung, Director of the Karenni Human Rights Group, commented, “It’s a heinous crime and the worst incident during Christmas. We strongly condemn that massacre as a crime against humanity.”

Meanwhile, in Christian-majority Chin State the Myanmar military (also known as the Tatmadaw) carried out further shelling on the deserted town of Thantlang with two churches burned down in an attack on December 30. Even though the town’s population of 10,000 has long since evacuated, Thantlang has been subject to repeated bombardment.

Churches and Christian Schools in India Attacked by Extremists

Churches and Christian schools in India faced a greater number of Christmas attacks in 2021 than in recent years.

The increase is representative of increased hatred and violence towards Christians from extremist sections of Indian society.

A church leader in Madhya Pradesh said, “Every Sunday is a day of terror and trauma for Christians, especially those belonging to those small churches.” 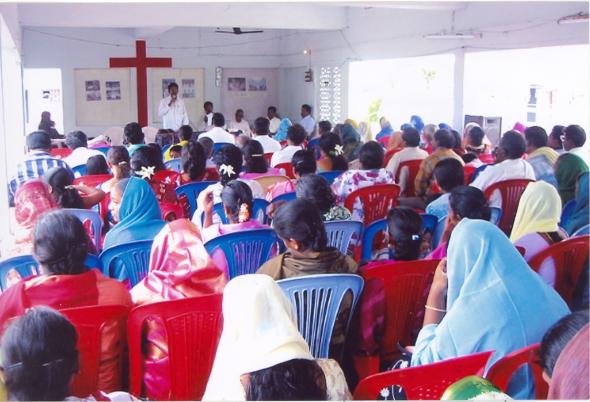 A church service in India. Indian Christians faced a higher number of Christmas attacks than in previous years

He was speaking after a Christmas event was disrupted by radical Hindutva extremists shouting “stop conversions” and “death to missionaries.”

In another incident in Haryana state, extremists barged into a Christian school to disrupt a Christian event that they claimed was “religious conversion under the garb of celebrating Christmas.” Christian members of staff were accused of “brainwashing children through drama and speeches into accepting Christianity.”

A similar incident took place in Bengaluru (also known as Bangalore) in Karnataka, which has suffered a spate of extremist incidents linked to false accusations of unlawful conversions.

Seven people were killed in a suicide bomb attack at a crowded restaurant in Beni, Democratic Republic of Congo on Christmas Day.

More than 30 diners were celebrating Christmas when the attacker set off an explosive device near the building’s entrance.

Police prevented the bomber from entering the restaurant, but he blew himself up, killing himself and seven others, and injuring more than 20. 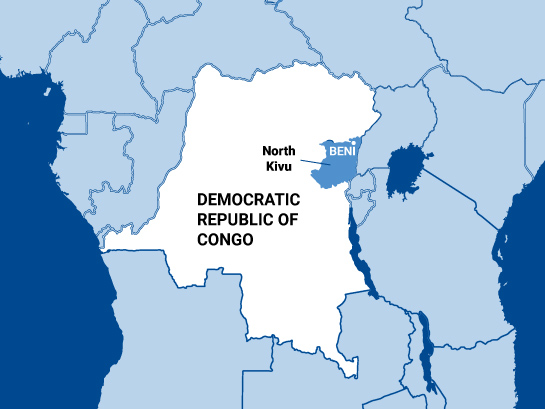 Mayor Narcisse Muteba confirmed that two children were among those killed. He urged residents to return to their homes for their own safety, saying that investigations to find those responsible for the attack were underway.

Whilst no group has claimed responsibility for the incident, a statement from North Kivu military officials blamed the attack on the Allied Democratic Forces (ADF), an Islamist group considered the deadliest of the militia active in the region. The group is said to have links with Islamic State (also known as IS, ISIS, ISIL or Daesh).