Church building burned in another attack on area in northeast. 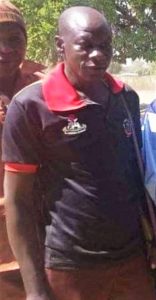 Besides the Christians killed in the attack on Kautikari village, Borno state, at about 5 p.m., a Church of the Brethren in Nigeria (EYN) worship building was destroyed, said area resident John Usman.

Another area resident, Hyeladi Buba, corroborated the report in an area where ISWAP, which broke off from the Islamic extremist rebel group Boko Haram in 2016, is still referred to as Boko Haram.

“Only God will deliver us in Chibok from these Boko Haram/ISWAP terrorists,” he said.

Yohanna Chiwar, another resident, identified one of the slain Christians as Bulama Wadir.

The predominantly Christian Kautikari community was also attacked in mid-January, when 24 Christian women and children were captured and taken into captivity, with 20 of them still held captive, sources said. The four others managed to escape in late January.

A worship auditorium of the local EYN congregation was also damaged in the January attack, residents said. The community lies on the fringes of Sambisa forest, a base of ISWAP terrorists.

Chibok leaders reported that their communities have been attacked more than 72 times since the 2014 kidnapping of 276 public high school girls in predominantly Christian Chibok. After eight years in which 57 girls escaped on their own and others were released, 110 of the girls remain in captivity, according a report released in late January by the Chibok Area Development Association.

The report shows that at least 407 Christians have been killed in 72 attacks since 2012 in the area by Boko Haram or ISWAP rebels who seek to impose sharia (Islamic law) throughout Nigeria.

Dauda Ndirpaya Iliya, national president of the Chibok (Kibaku) Area Development Association (KADA), said at a press conference in Abuja that, aside from the 276 Chibok girls taken into captivity in 2014, Islamic extremist terrorists have kidnapped at least 332 Christians and destroyed more than 20 Christian worship centers.

“Save the Chibok community, an ethnic nationality, from total annihilation by the Boko Haram terrorists,” Iliya said. “The parents and the communities not only in Chibok have continued to be subjected to persistent and sustained attacks, killings, abductions, maiming, arsons and other myriads of criminality without adequate government protection. Chibok has been for all intents and purposes abandoned to its own devices by all layers of government in Nigeria.”

Since 2012, untold numbers of homes, businesses, grain storehouses have been destroyed, he said.

The escalation in attacks from late 2018 to the present is alarming, he said. Kautikari, the second largest town in the Chibok area, was also attacked on Jan. 14, with five girls abducted, three persons killed and many houses and church buildings set aflame, he said.

“In sustaining their carnage, Piyemi, another big town in Chibok area, was attacked on Jan. 20 with 19 persons (mostly girls) abducted and one person, the vigilante leader, beheaded,” Iliya said. “The town was practically razed down, and virtually all the recently harvested agricultural produce completely burnt down and/or looted.”

Chibok is a mainly agrarian community, and the whole year’s harvests have been lost to sustained and targeted attacks, raising serious food security concerns, he said.

Iliya called on authorities to rescue the remaining 110 girls abducted in 2014 and others subsequently kidnapped.

“We also request the federal government to order deployment of more military personnel as well as better arms to Chibok to halt the continuous attacks on the community,” he said.