Editorial: Pray for Believers Appointed to Positions of Authority in Christian-Minority Contexts

On March 4 Priya Rajan, a 28-year-old Christian woman, was sworn in as the mayor of Chennai (Madras), India’s fourth largest city and the state capital of Tamil Nadu.

This is Mayor Rajan’s first official post, and she demonstrates a genuine desire to help and serve the people of her community.

Similarly, last month saw the appointment of a Christian, Boulos Fahmy Eskandar, as the head of Egypt’s highest court. 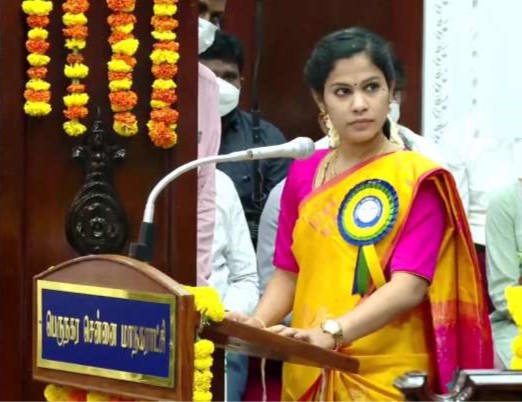 We must remember in prayer Mayor Rajan and other believers called to positions of authority in Christian-minority contexts [Image credit: Asia News International]

In January 2021 another Christian, Listyo Sigit Prabowo, was appointed as National Police Chief of Indonesia.

We are of course called to pray for “all those in authority” (1 Timothy 2:2), but we must particularly remember in prayer those of our brothers and sisters who are called to such positions in Christian-minority contexts.

We can pray that the Lord will grant them wisdom, keep them safe, and make them witnesses of Him as they serve their nations and their communities.