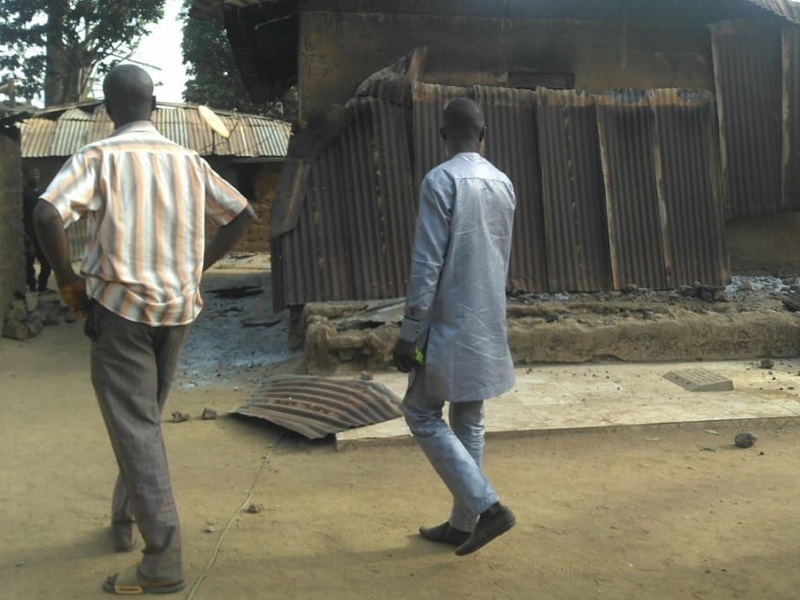 Nigeria (International Christian Concern) – More than 20 people were killed as Christian communities were under heavy attack in a Southern Kaduna city in Nigeria on Sunday night.

“Agban Kagoro is under heavy gunshot attacks with sporadic gunshots, burning down of houses in Adan, Mararaba, and Tsonje,” one witness told International Christian Concern (ICC). “Twenty-five people were killed and over 100 houses burnt.” He added that the evening attack occurred from 7 to 10 p.m. without the intervention of the Nigerian army. The total number of casualties was yet to be released.

District Head Joshua Kokaya confirmed that more than 20 people were killed and many houses were burned to the ground.

“We are now hiding, our church and houses burnt; we are sleeping outside tonight,” another eyewitness told ICC, adding that the exact number of casualties was yet to be determined.

“Please pray for Kagoro right now,” said an ICC source. “Militant herdsmen have entered Kagoro near the seminary, killing and burning the houses. Even the soldiers have run away because the attackers’ guns are superior to theirs. We are very much concerned for Kagoro, the center of Christianity in Southern Kaduna.”

Eleven people were sent to the hospital for gunshot wounds. One died shortly after admittance, and another in critical condition was referred to the Jos University Teaching Hospital for special care, witnesses said.

One of the injured victims, with labored breathing and a trembling voice, described how he narrowly escaped being killed: “My wife stepped out of the house and came back inside to say that she would leave to go and stay the night elsewhere because we started hearing gunshots. I thought it was our vigilante, but then it was becoming intense. When I stepped out, I saw women running. I asked what was happening and they screamed, ‘Fulani [militants] have entered, Fulani have entered.’ Then two of the fleeing women said I should escort them to the road intersection leading to Maraba, and I did. After they crossed the intersection, I heard gunshots. I ran, I tried my best, but got exhausted and fell into a gutter.” James was hit by bullets and survived after receiving a blood transfusion.

Nigeria earned the title of Worst Persecuting Country in ICC’s 2021 Persecutor of the Year Awards. Due to violent terrorist groups and government indifference, tens of thousands have been killed and millions have been displaced.

“Christian communities in the Middle Belt of Nigeria have effectively suffered a 20-year long genocide,” said ICC President Jeff King. “Where is any action? The Nigerian government gives these attacks lip service without any meaningful response. Where is the outcry? Where is effective action? In Nigeria, the military, the police, and the intelligence agencies are all controlled by Muslims. This coupled with a 20-year lack of response by these agencies should naturally lead to deeper questioning by the world community. Simply put, the time for cheap talk and platitudes is over. The world is waking up and starting to ask, ‘Is the Nigerian government complicit in these attacks?’ Time will tell, but for this long time watcher, the decision is in.”

HOW TO PRAY: Pray for peace and comfort for those who lost loved ones. Pray for healing for those still recovering from their injuries. Pray for this community as they begin to recover from the attack.