Two people were killed and a church building set on fire in a Tatmadaw (Myanmar military) raid on Chaung Yoe, a Christian village in Sagaing Region.

The two villagers, a 55-year-old man and his son, were shot dead as they tried to flee from the attack on March 12.

Soldiers also set fire to the pulpit of the church, as well as burning at least ten homes. 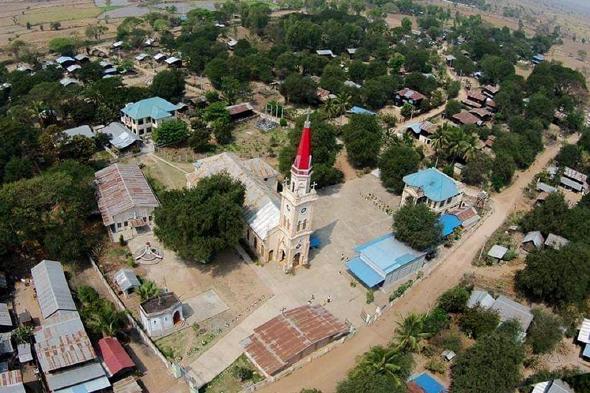 The church building in Chaung Yoe, prior to the Tatmadaw attack [Image credit: Moe Phwint Phyu]

Chaung Yoe is one of several Christian-majority villages in this area of Buddhist-majority Sagaing.

In February, hundreds of people from Chaung Yoe were forced to flee their homes after the village was shelled, and Christians from other villages in the region have been displaced by the ongoing violence since the start of the year.

The Tatmadaw, which seized power in Buddhist-majority Myanmar in a military coup on February 1 2021, has for many years persecuted Myanmar’s Christian minority, estimated at 6.2% of the population.

On March 8 2022 three children were killed and a church building damaged in artillery attacks near the city of Loikaw, Kayah State.

Ask the Lord to comfort the grieving family and friends of the two villagers killed in Chaung Yoe. Pray for displaced Christians in Saigang Region and across Myanmar, that God will provide for all their needs.