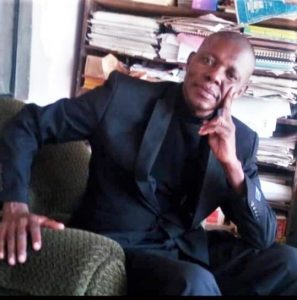 The Rev. Leo Raphael Ozigi of Mary’s Catholic Church was seized from Sarkin Pawa village, Munya County, on Sunday (March 27), said Raphael Opawoye, secretary of the Niger chapter of the Christian Association of Nigeria (CAN). The priest was abducted as he returned to Gwada after Sunday Mass in Sarkin Pawa, Opawoye said.

“Activities of Fulani herdsmen and terrorist elements here in Niger state have placed so much pressure on Christians, as entire Christian communities in Munya Local Government are in disarray,” Pastor Opawoye said.

The chairman of the Niger state chapter of CAN, Mathias Echioda, said the priest and 44 other Christians were abducted by “armed bandits” collaborating with Fulanis.

“We are all sad about persistent attacks on our churches, and communities by these armed bandits who are collaborating with Fulanis,” he said. “Our people have been displaced, and many have been killed.”

Ozigi was the third priest abducted in March in Nigeria; in Kaduna state, the Rev. Joseph Aketo Bako of St. John’s Church in Kudenda, Kaduna South County, was abducted on March 8, and the Rev. Felix Zakari Fidson of the Diocese of Zaria was seized on March 24.

“The entire Munya Local Government has been destabilized, and the situation in this area is pathetic,” Jagaba said. “There are kidnappings going on in all parts of the local government area.”

Area resident Celine Moses called on the Nigerian government to act decisively against terrorists wreaking havoc in the area, “because many Christians have been killed, many others displaced and complete Christian communities destroyed.”