Editorial: Pray for Christians in the Muslim World During the Month of Ramadan

The Islamic month of Ramadan began on April 2 and will conclude on Sunday, May 1.

During this period, Muslims will fast from all food and drink during the hours of daylight. It is also considered a time for prayer, almsgiving and acts of charity.

While most Muslims observe the month of Ramadan entirely peacefully, this is nevertheless a time of year that creates problems for Christians in Islamic contexts. 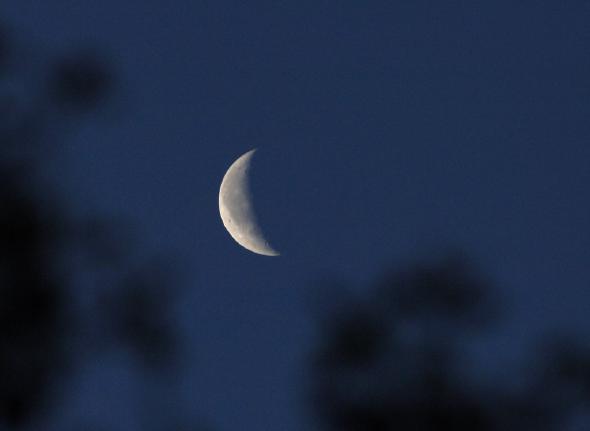 The month of Ramadan begins following the sighting of the new crescent moon.

Ramadan is one of 12 months in the Islamic year. It falls on different dates each year (following the Western, Gregorian calendar) because it is a lunar calendar of 354 or 355 days.

Technically, non-Muslims are not required to fast because it is a form of Islamic worship – indeed, the Ramadan fast is one of the five pillars of Islam.

However, Christians and other religious minorities in Muslim-majority countries can feel pressured into joining in the severe fast. They will likely be unable to eat in public, creating particular difficulties for those who must work outside the home.

The month of Ramadan is especially hard for secret believers – converts from Islam to Christianity, but who have not told their Muslim families for fear of persecution and even death. They must make the month-long extra commitment to Islamic observance, or risk showing that they have apostatised from Islam.

It is believed by Muslims that religious observances or practices – prayer, studying or memorizing portions of the Quran, giving charity – are more meritorious during the Ramadan month than at other times of year.

This is especially so during the “Night of Power,” occurring towards the end of the month. Muslims believe that this night commemorates the beginning of the revelation of the Quran to Muhammad, the prophet of Islam, and is therefore the holiest night of the year.

The date of the Night of Power varies according to different sects, but usually occurs in the final ten days of Ramadan. It is believed that on this night angels descend from heaven and pray for Allah to have mercy on everyone they find at worship.

For Islamist extremists this can mean they are more active in attacking non-Muslims, which they think is pleasing to Allah.

A potential flashpoint for Islamist violence is Easter, which this year occurs during the Ramadan observance, according to both the Western and Eastern church calendars.

Pray for our brothers and sisters in Muslim-majority lands throughout the coming days and weeks, asking that the Lord will sustain them. Ask that He will grant patience, endurance and strength to those compelled to fast by societal pressure. Intercede particularly for secret believers who face reprisals and death if their Christian faith is discovered. Call on Him to protect all His people from violence this month, especially on Palm Sunday, Good Friday and Easter Sunday, and on the Islamic “Night of Power.”